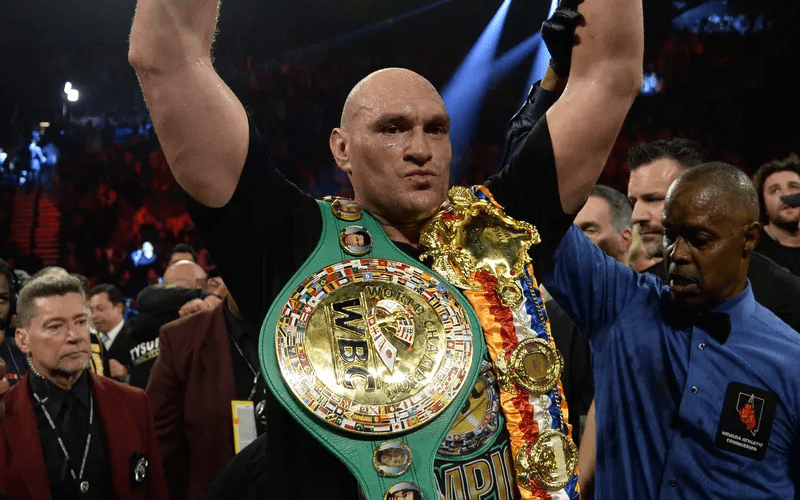 Tyson Fury defeated Deontay Wilder last night. It was an impressive fight and you can find some Superstar reactions by clicking here.

Braun Strowman commented before the fight. He also knows what it’s like to share a ring with Tyson Fury.

Following the Gypsy King’s victory, the Monster Among IC Champions tweeted out a little challenge for the undefeated boxer.

Hell of a W Tyson Fury wht ya say wanna try your luck for my Intercontinental Championship?

The rumor was that WWE was waiting to see how Fury’s fight with Deontay Wilder turned out before any WrestleMania plans were made. After last night’s performance from Wilder it’s likely that WWE might want him at the show of shows. Stay tuned.