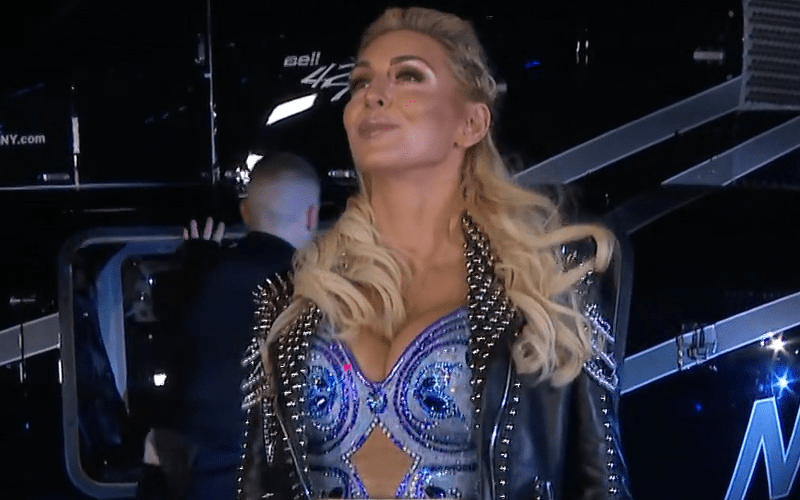 Charlotte Flair made a big arrival at last year’s WrestleMania event. The Queen arrived to MetLife Stadium via helicopter before her main event match against Ronda Rousey and Becky Lynch. This was not her idea.

While speaking to Sports Illustrated, Flair revealed that she had nothing to do with the creative concept behind her grand entrance. That was something they pitched to her during the go-home show before Mania. Obviously, she loved the idea.

“That was definitely not my idea. Do you think I actually went to the boss and asked for a helicopter? I didn’t even know about the entrance until our last go-home show before ‘Mania. They were like, ‘Hey, we have this idea. What do you think?’ And I was like, ‘That is incredible.’ With so many playbacks to my dad, it was very cool.”

WWE was able to pay tribute to Charlotte Flair’s legendary father with that special WrestleMania moment. Flair will make plenty more memories on the grandest stage of them all, but it’s easy to see why her WrestleMania 35 entrance was so special on many levels.