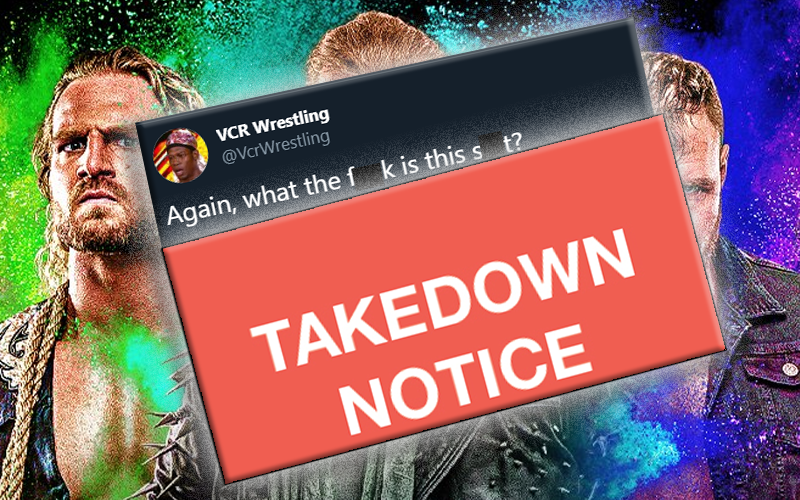 AEW Executive Vice President Matt Jackson said in the past that they won’t come at people putting up their clips on social media. You can click here to read all about it. They have apparently changed that mindset.

VCR Wrestling is a popular account in the Internet Wrestling Community. His tweets are generally humorous, but sometimes critical. He doesn’t hold anything back and calls things as he sees them.

This unbiased mindset has led VCR Wrestling to criticize AEW a few times. To be fair, everyone is fair game on his profile. The company seems to have found his account and had an issue with him posting a clip while he asked: “What the f*ck is this sh*t?”

Chris Harrington’s name appears at the end of the email. Harrington’s LinkedIn profile lists him as an AEW Vice President. He was also present when Taz signed with the company.

The fact that this notice is linked to Chris Harrington leads us to believe that the takedown notice didn’t come from WarnerMedia, TNT, or any other entity outside of AEW. You can check it out below.

Update: VCR Wrestling said that he did everything right when it comes to Twitter protocol. “The original clip is gone, but it was just like this one [find tweet below]. I linked it from the AEW account and credit was given to them at the bottom.”

The original clip is no longer available. Let’s hope this doesn’t get VCR Wrestling’s Twitter killed because the IWC has lost a lot of good members on Twitter recently.