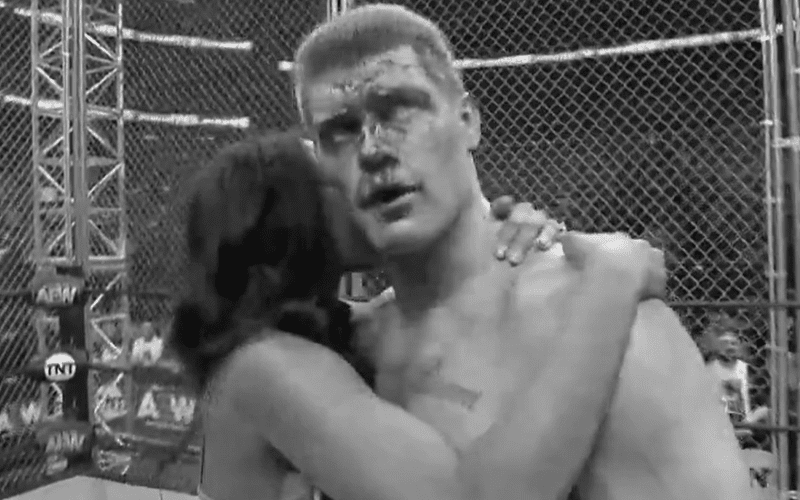 Cody Rhodes left it all in the ring this week on AEW Dynamite. He won a brutal cage match in Atlanta, but after it was all over The American Nightmare stuck around to address the fans.

Click here for our compete AEW Dynamite coverage from this week.

Dave Meltzer noted on Wrestling Observer Radio that AEW will not be using footage of Cody’s speech after Dynamite during AEW Dark next week. He said that the company would be wise to use the footage to kickoff next week’s Dynamite episode.

Cody cut a passionate promo for the Atlanta crowd where he told a very personal story about his father “The American Dream Dusty” Rhodes. He didn’t realize how famous his father was until he heard the Atlanta fans’ reaction to him.

We previously only had fan footage of this, but now the company has revealed the full video.

You can check it out below. It was a very special moment for Cody Rhodes and All Elite Wrestling wasted no time putting it up on social media.