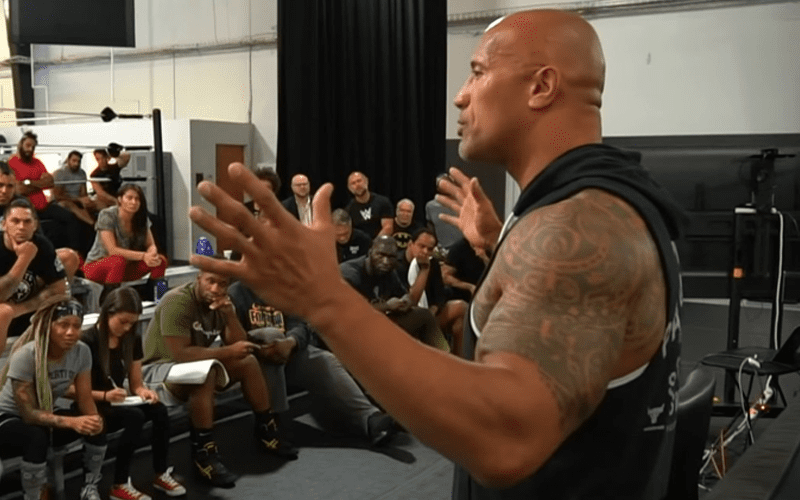 As many fans now know Dwayne ‘The Rock’ Johnson recently came to the WWE Performance Center in order to help train some of NXT’s newest stars – which includes his daughter Simone Johnson.

Simone was recently signed to a deal in association with the Performance Center which will see her follow in the footsteps of her father. While there isn’t much we know about her in-ring prowess or talent at this moment in time, one thing is for sure: she has the potential to do some huge things in this business.

She’ll be doing so in the wake of her father’s career which, in more ways than one, was one of the most important careers in the history of professional wrestling.

Even from the brief footage that was released of Johnson’s time at the Performance Center, it was pretty clear to see that he still has a deep, burning passion for this business in more ways than one.

Whether or not he appears alongside Simone in any segments or matches as the years go on remains to be seen, but at this moment in time, it’s just great to see The Great One being featured in some kind of capacity of WWE programming.

Fans are still incredibly eager to see him return to the ring and compete, with many calling for him to go one on one against his cousin Roman Reigns on the grandest stage of them all.