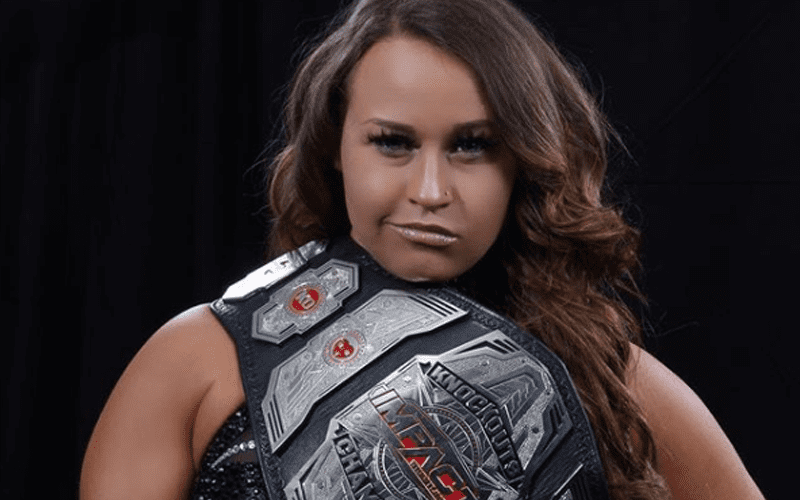 Trisha Parker, better known as Jordynne Grace is the Impact Wrestling Knockouts champion. This status has brought her a fair amount of attention. Some of it isn’t wanted.

We previously reported that Grace sent out a tweet asking fans for help because someone was harassing her and fiance Jonathan Gresham. She might have tracked that culprit down.

Grace sent out a tweet to Morristown Utility Systems informing them that one of their employees was using company time to harass her.

Hi there! One of your employees is harassing me on your company’s time, including sending threatening emails/texts/phone calls. They originally called via a work landline. Are you able to DM me so I can send more information?

Hopefully, they reach out to Grace and something can be done about this situation. It would be sad if someone loses their job because unemployment is always unfortunate. They might need to look into some kind of disciplinary measure because this situation was quite uncalled for.