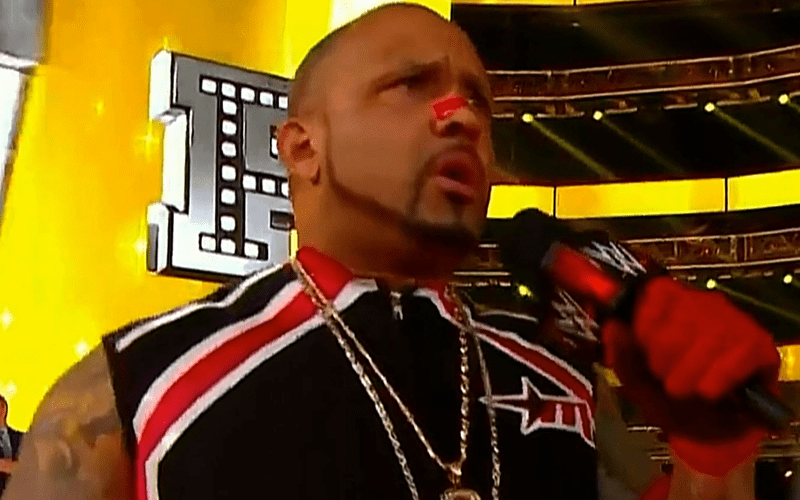 MVP returned to WWE at the Royal Rumble event. He wrestled again on the night after that. Then he returned for a VIP Lounge segment. These consistent appearances for MVP have reintroduced him into the WWE Universe, but he won’t be wrestling for much longer.

WWE signed MVP on as a backstage producer. He is already making RAW tapings with the company, but last night he wrestled once again.

Drew McIntyre defeated MVP is short order. One significant spot during that segment was also meant to be taken as a write-off for MVP as Dave Meltzer said on Wrestling Observer Radio.

“They ripped off the tape on [MVP’s] nose which is, in fact, the idea of that’s the end of his wrestling career because the tape on the nose is a gimmick.”

MVP will still be with WWE. He just won’t be wrestling. He can still do a lot of good as a backstage producer helping Superstars for years to come backstage in the company.