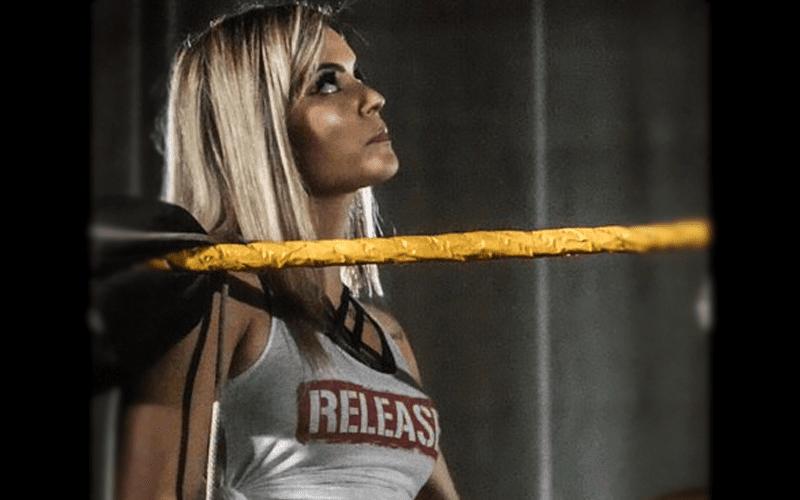 WWE is a dream job for some people. There are also apparently a few people who don’t want to be with the company.

Taynara Conti had a disagreement about her pay and walked out of the Performance Center. Her locker was cleaned out as well.

Conti returned to the ring this week at the NXT house show in Ft Pierce. She was also wearing a shirt that said: “RELEASED” on it. She hasn’t been released, but we’re still unclear about her locker situation at the PC.

It appears that Taynara Conti won’t be leaving WWE NXT so soon after all.