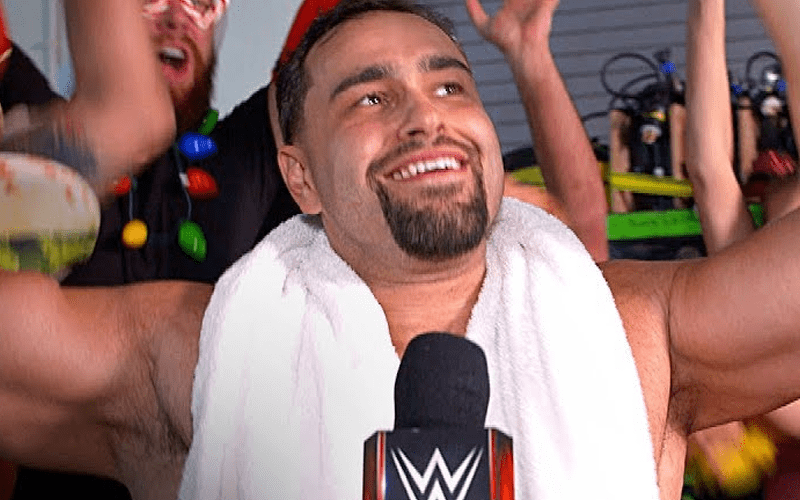 Rusev hasn’t wrestled recently because of contract disputed. We’re not sure if that situation is behind the Bulgarian Brute, but at least things have progressed enough that he’s booked for a match next week.

Rusev will be competing on WWE Raw next week in a tag team match with Humberto Carrillo. The babyface team will be facing Bobby Lashley and Angel Garza.

In WWE’s official preview for Raw next week they wrote the following about the upcoming tag team match:

If looks could kill – well then Lana would already be counting a victory for Bobby Lashley & Angel Garza. On Monday Night Raw however, the real contest will be decided in the ring as Rusev & Humberto Carrillo will face The All Mighty and “the man’s man.”

Andrade’s 30 day suspension for failing a WWE Wellness Policy test will be up on February 27th, the day of WWE Super ShowDown. This is why he was booked for the event. It’s still unknown if Angel Garza will become a more solid part of the Raw roster. A lot of it probably depends on his this run as a replacement for El Idolo works out.