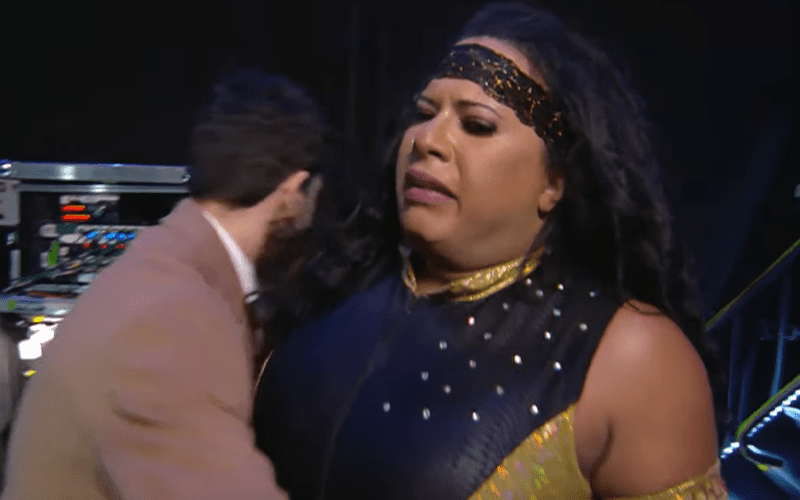 Nyla Rose won the AEW Women’s World Title during Dynamite this week. It was a big moment for her career, but the Native Beast said “it’s just beginning.”

Following Rose’s big title win, she went backstage and was underwhelmed by her reaction. Cameras were there and recorded the footage. This included Tony Khan making a very rare appearance on AEW television where he gave Rose a cautious hug.

Nyla Rose had a conversation with Kenny Omega where she said “All your bases belong to us, Kenny.” She was looking for a celebration and some bubbly. Leva Bates was shown trying to applaud her, but Kris Statlander stopped her hands.

Then Rose cut a backstage promo to the locker room about how she’s been treated in the company. Now she’s the champion and there are only a handful of people there to greet her. The AEW Women’s Division didn’t seem too happy with this turn of events.

Rose eventually left, but she didn’t receive the greeting that she hoped for.