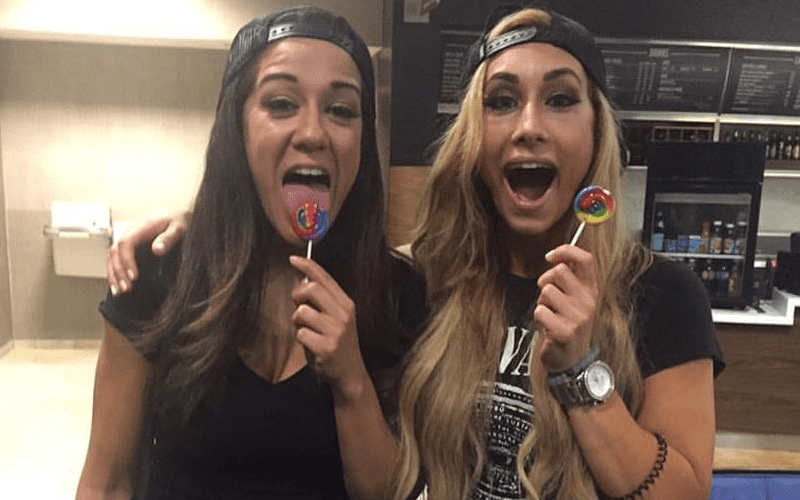 Carmella is ready to face Bayley for the SmackDown Women’s Title this week. She wants to start the road to WrestleMania off as champion and she’s tired of Bayley as well.

The Princess Of Staten Island sent out a video on social media last night. She’s over Bayley calling fans sheep and captioned her post with: “Listen up, Little Bo Peep! See you on Friday.” Carmella also had plenty to say.

“Bayley, obviously we go way back. We used to be best friends. I have no idea what’s gotten into you lately and I don’t care anymore and I’m sick of trying to figure it out.”

Bayley calls herself a role model, but everyone else is a sheep. That’s not going to fly with Carmella and she plans on taking the SmackDown Women’s Title this Friday. She made her point by saying “back” like a sheep.

Bayley replied back saying: “Yeah ya yea I don’t have a witty Twitter comeback, see you on Friday.” It sounds like the SmackDown Women’s Champion is done playing games too.