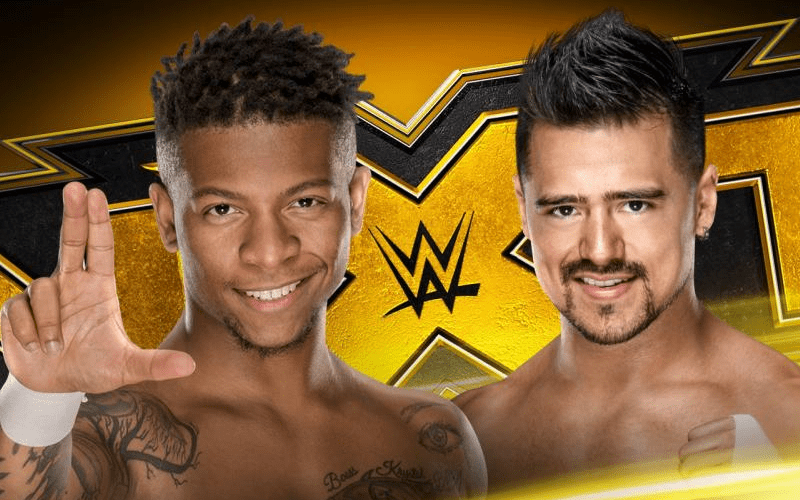 This week’s WWE NXT will be the go-home show before NXT TakeOver: Portland this Sunday. Let’s see what they have in store for fans.

Lio Rush and Angel Garza are set to do battle this week. They will compete in a #1 contender’s match for the NXT Cruiserweight title.

Velveteen Dream returned last week on NXT. Now we’ll have to see what his next moves is.

Tommaso Ciampa might be looking for a bit of retribution before NXT TakeOver: Portland as well. Ciampa is set to face Adam Cole this Sunday for the NXT Title.

Rhea Ripley and Bianca Belair will do battle this Sunday with the NXT Women’s Title on the line. Charlotte Flair is also in the mix as she seemingly has a WrestleMania match waiting against Rhea Ripley.

All that and more is going to happen this week as NXT prepares for another big TakeOver event. You can check out the official bullet point list from WWE below.