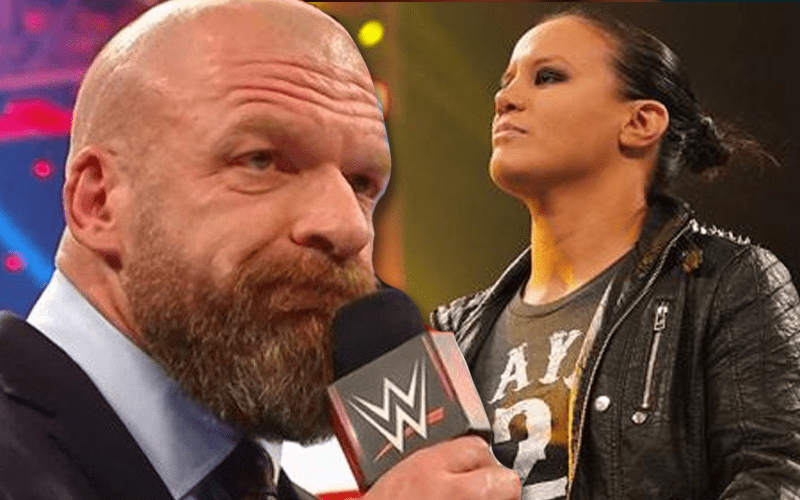 Shayna Baszler showed up on WWE RAW this week. She took a bite out of Becky Lynch, but that doesn’t mean she left NXT just yet.

During the conference call for NXT TakeOver: Portland, Triple H was asked about Shayna Baszler’s current status. He said that she’s still an NXT Superstar as far as he’s concerned. Then he said this situation could be like a real sports team where a trade might need to be arranged.

“Look, I think that’ll play out. There’s a fascinating thing for me with that. There was a ton of buzz, I think, going into the Survivor Series and building up people for Becky Lynch and, her rise to where she is has been insane.”

“I’m so happy for her. But, you know, you have to have that that that base of opponents and all those things. So hopefully that turns into something massive for both of them and we see where that goes. At this point, I’m not 100 percent sure. As far as right now goes, I sort of look at this like sports teams in a way and you’ve got to make deals to get people to go different places, as far as I’m concerned right now, Shayna Baszler’s still an NXT talent until we make a deal for her to go someplace else. So does that mean there’s a moment where Becky Lynch comes hunting for Shayna Baszler or vice versa? I don’t know yet. We’ll see.”

Shayna Baszler is on the books to face Becky Lynch at WrestleMania. Her appearance on Monday Night Raw was not just a one-time deal. We’ll just have to see if she continues her lust for blood and biting people in the squared circle like Classy Freddie Blassie.