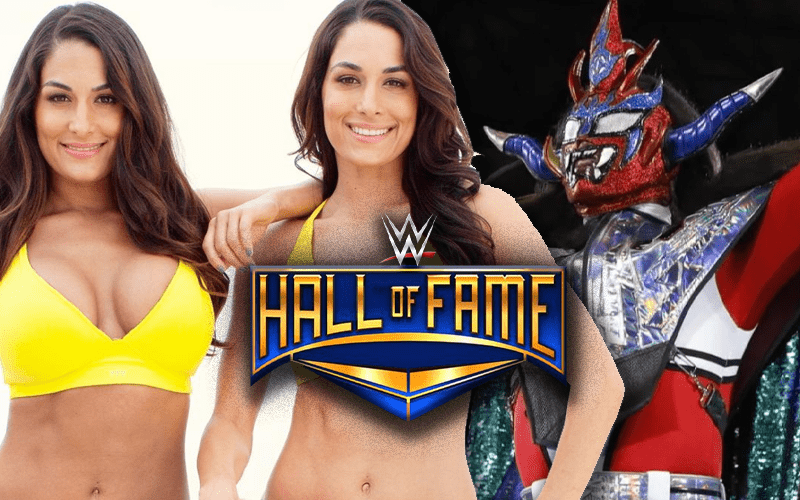 The 2020 WWE Hall Of Fame only has two confirmed inductees. There are five people in total including Batista since the nWo has 4 members. Now we have three more inductees reportedly in line and it’s an interesting choice.

Wrestle Votes reports that The Bella Twins and Jushin ‘Thunder’ Liger are in line for 2020 WWE Hall Of Fame inductions. This is interesting timing for all three of those individuals.

I’ve heard several names talked about for this years Hall of Fame. Was only able to get confirmation on 2 of them as of now, they are: The Bella Twins & Jushin ‘Thunder’ Liger.

The Bella Twins are currently pregnant. This will reportedly see them receiving their inductions while with child.

Jushin ‘Thunder’ Liger never had a real run with WWE to speak of, but he did just retire. His reported induction is a very curious choice.

We’ll have to wait and see how long it takes for WWE to confirm any more inductees this year.