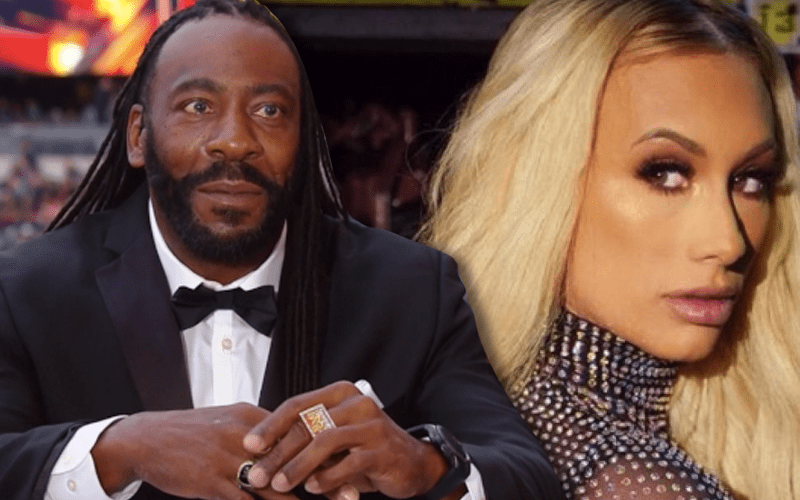 Carmella is ready for a big match against Bayley on Friday Night SmackDown. The two used to be close and Mella has made no secret about how heartbreaking this experience has been.

During WWE Backstage, Booker T praised Carmella. He called her a “female Miz” because she’s able to bring a consistent performance to the table.

“I look at Carmella and what I see is consistency. What I see in Carmella is she’s the female Miz of the women’s division. She’s like a Timex watch, man she takes a licking and keeps on ticking. That’s what I’m talking about.

Carmella saw this clip of Booker T putting her over. She replied saying: “Booker T just spitting facts. I love it.”

It looks like Booker T is well aware of the fact that Mella Is Money. Let’s see if his support will give The Princess Of Staten Island an extra boost of confidence as she battles Bayley for the SmackDown Women’s Title this week.