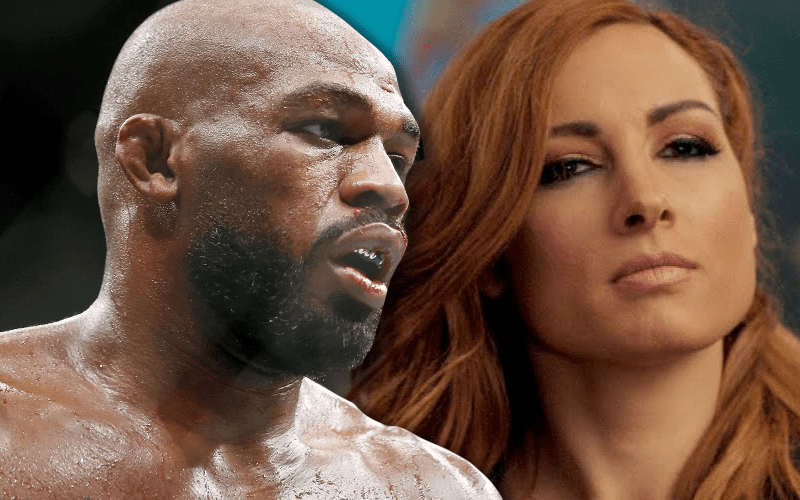 Jon Jones made a comment recently that he feels a transition into WWE from the UFC is “inevitable.” Now Becky Lynch is speaking her mind about this and she doesn’t seem happy.

Roman Reigns said that he would feel very comfortable in the ring with Jon Jones. Lynch had a different reply while she spoke to the media at the WrestleMania 37 press conference.

“Inevitable, really? That’s a pretty big word. Look, I think that people think this is a cakewalk. There is nothing like what we do and it’s not as simple as just walking in here. You have to make a name for yourself and you have to be obsessed with it. You have to love this.”

“This isn’t a thing where you have a fight every 6 months. This is a thing where you’re fighting 3,4 sometimes 7 days a week 52 weeks a year. For people thinking that it’s an easy thing that they can just stroll into, it kinda urks me.”

Jon Jones is no stranger to upsetting people with his controversial decisions. Becky Lynch certainly seemed to take offense to the fact that he feels like it would be an easy transition for him to make. Let’s see if The Man is right.