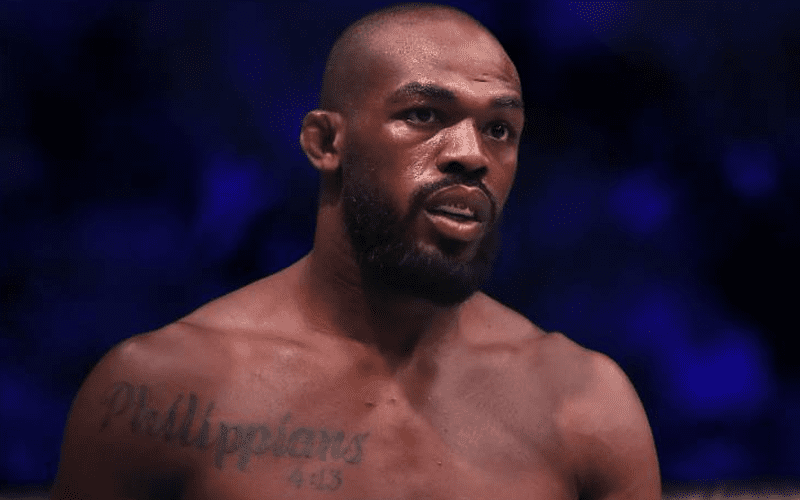 Jon Jones’ time in the Octagon is far from over, but the UFC Light Heavyweight Champion sees himself in WWE sooner or later.

While speaking with Sports Illustrated, Jones said that it’s “inevitable” that he will end up in WWE. He said that the sports are so similar and he’s always had respect for pro wrestling as well.

“I think it’s inevitable,” said Jones. “I’ve always respected WWE, and I feel like the sports can be so similar.”

“I have the size and athleticism and the following to transition over really well,” said Jones. “To get the opportunity to just show up, even as a special guest, would be a dream come true.”

Jon Jones has experienced personal legal issues and failed drug tests as well. He gets a lot of passes because he’s Jon Jones, but WWE might not see it that way. This could add up and cause WWE to rethink signing the UFC fighter.

He didn’t specify when he might be willing to make a jump to WWE, but Jon Jones definitely sounds open to the idea.