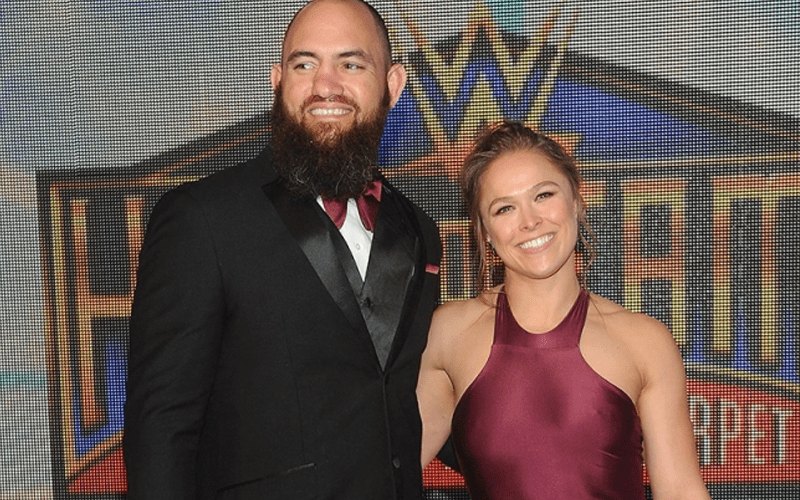 Ronda Rousey has yet to make a return to WWE. She also isn’t slated for any kind of WrestleMania match. She wasn’t in the building for RAW this week as they went to California, but her husband was.

Fightful Select reports that Travis Brown was in attendance for RAW this week. He sat in the audience and obviously, he didn’t draw much attention to himself.

Browne was attending the show and planned to watch in the audience.

We’ll have to see if and when Ronda Rousey returns to the ring. She made a remark on After The Bell that she can return any time she wants to. As long as Vince McMahon is making the big decisions it doesn’t seem to be up to her.