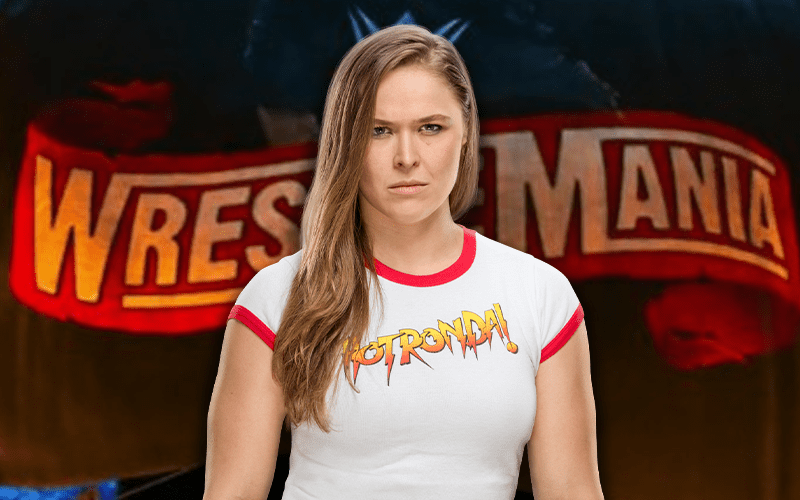 Ronda Rousey took off after WrestleMania 35 and fans held out hope that she’d be back by this year’s show of shows. That doesn’t seem to be happening.

During Wrestling Observer Radio, Dave Meltzer said that Rousey is not going to be working WrestleMania this year.

“Basically no, nothing [there’s no update about Rousey]. She’s not going to be at WrestleMania. So that’s the deal. She’s not in so it looks like Charlotte Flair’s Royal Rumble win was to set her up for Rhea Ripley which I guess this means that Charlotte Flair is supposed to be the person who helps make the difference on Wednesdays with that match so we’ll see.”

“Rousey is not going to be at WrestleMania. I don’t know the reasoning behind it, but I was told that today.”

Interestingly enough Charlotte Flair didn’t show up on NXT this week to start any kind of rivalry with Rhea Ripley. It was reported by PW Insider that Flair was scheduled to be at Full Sail Arena. If she was there, The Queen wasn’t seen on camera.