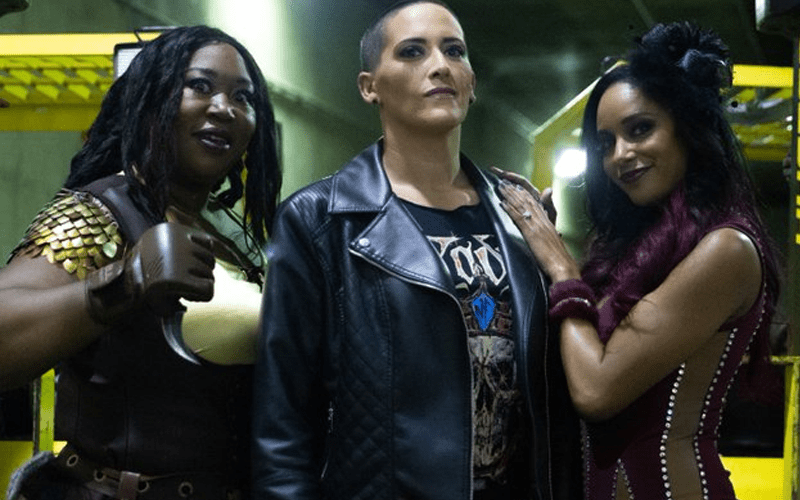 The Nightmare Collective didn’t make it very far into Dynamite before they were disbanded. Now they stand as the first broken up faction in AEW history.

While speaking to Wrestling Observer Live, Brandi Rhodes revealed why the Nightmare Collective needed to go away. She said there was no original plan to start the group. It was just supposed to be herself managing Awesome Kong.

Then they noticed that Awesome Kong “was not physically feeling great.” Brandi Rhodes said that Awesome Kong is her friend and she didn’t want to ask her to work when there was a possibility of her getting hurt. So they decided to add to the group.

Rhodes brought up how AEW lets performers “play their own music.” The problem was that once she started playing the Nightmare Collective things didn’t turn out like they had originally hoped.

Brandi Rhodes said “I didn’t feel it.” She also noticed that AEW fans weren’t on the same page with the angle. Rhodes stressed that all of these changed that happened were not AEW’s decision, it was “100%” her’s.

Last week’s AEW Dynamite ended with Cody Rhodes taking 10 lashes. This was a serious segment and Brandi Rhodes used the moment to return to her former on-screen character.

Brandi Rhodes also teased that we might not have seen the last of Mel and Luther either. She said they are still very much a part of AEW. There could be plenty of stories for them to tell. They just won’t be doing it under the Nightmare Collective name.