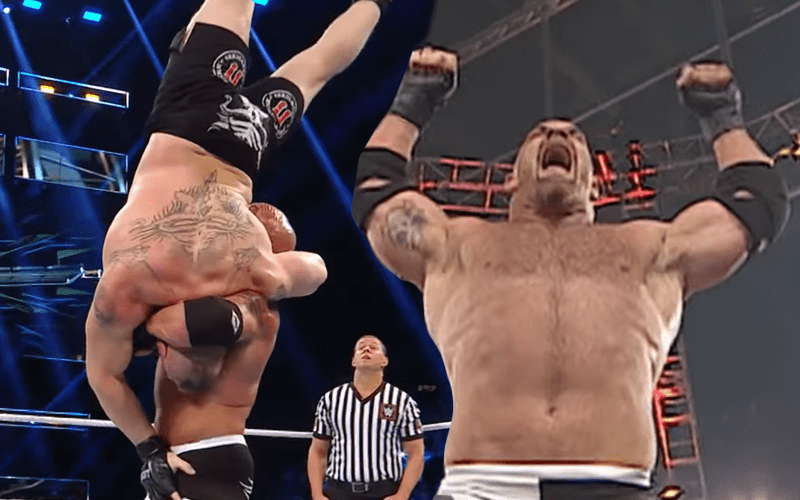 Goldberg has defeated tons of opponents with his Jackhammer. Now WWE is taking a look at the biggest ones he ever delivered.

We’ll have to see if Goldberg will be able to get The Fiend up for a Jackhammer in Saudi Arabia. Goldberg is set for a Universal Title match against Bray Wyatt at Super ShowDown on February 27th.

Until that date comes we can enjoy all of the Jackhammers that Goldberg has laid down in the past. This video from WWE does a pretty good job adding clips of his devastating finishing move from all eras of his career since they own all the rights to that footage.

You can check out the video below and let us know in the comments which one is your favorite Jackhammer from the former face of WCW.