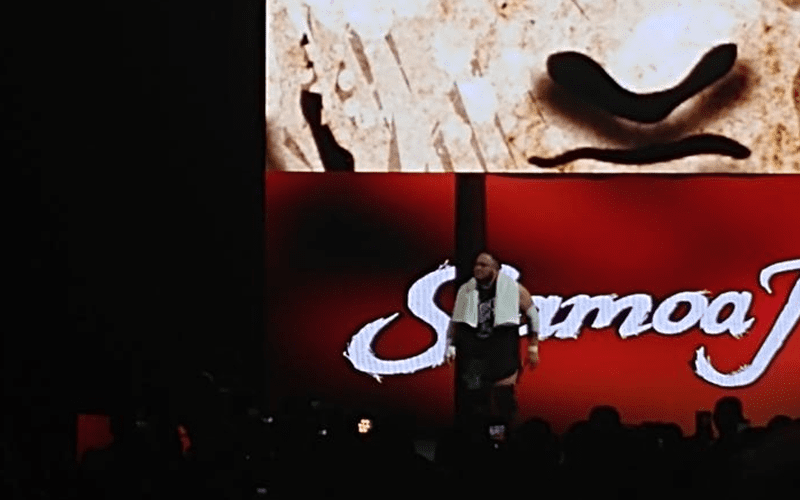 Samoa Joe took a really bad fall on RAW a couple of weeks ago. He was led off and there was a rumor that he was injured.

The next week Joe didn’t show up at all. Then a bigger rumor started that he could have failed a Wellness Policy Test. All of those rumors were put to rest last night.

Samoa Joe competed at WWE’s live event in Oakland last night. He was in a tag team match with Kevin Owens against the AOP. Owens and Joe won their match.

As you can see from the shots below, Samoa Joe seems to be doing just fine. Seth Rollins, Murphy and AOP will face Kevin Owens, Samoa Joe and The Viking Raiders in an eight-man tag team match on RAW next week.