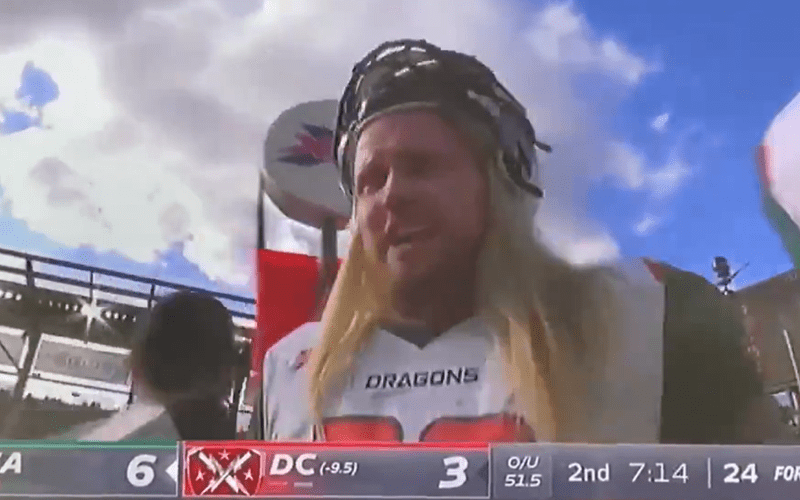 The game of football can get pretty heated, especially in the XFL.

Vince McMahon’s football league relaunched this weekend. The first game was on ABC between the DC Defenders and Seattle Dragons. Click here for the complete schedule of weekend games.

When one player was asked about how they are performing on the field, the DC player said that they’re “trying to get the f*cking job done.”

This was a big slip-up and we’re guessing that he’ll hear about this one during his next practice. That’s what happens when a live mic gets near the football field.