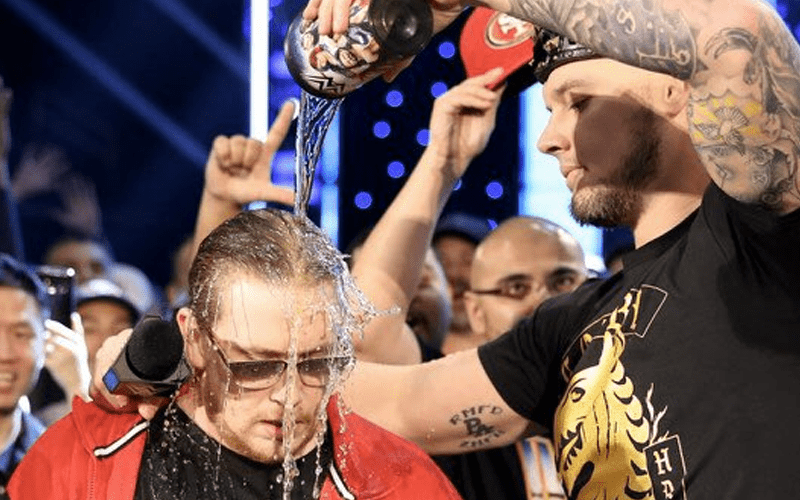 King Corbin knows how to get a lot of heat. WWE also realizes the importance of hiring people to play certain parts on television.

Corbin poured a drink all over a fan this week during Friday Night SmackDown. The victim was not an actual paying fan because that would have resulted in a huge lawsuit.

Now thanks to Local Competitor we know exactly who it was that got a shower from King Corbin this week. It was Markus Mac, the promoter for All Pro Wrestling. Lucian D. Light was also the production assistant who took a beating from the King.

You never know how the smallest role can turn into something more. Those two certainly helped get Corbin over as a jerk this week on SmackDown.