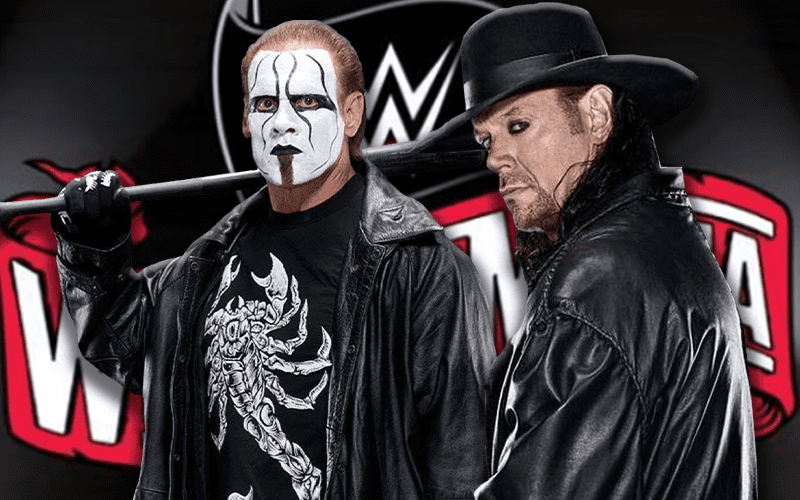 Sting was reportedly in talks with WWE for a role during a Saudi Arabian event. That didn’t come to pass, but a new rumor says that WWE could have something even bigger in store for the Stinger.

TalkSport reports that it is rumored that Sting is medically cleared for a return to the ring. He could have a match at WrestleMania “and it’s believed that match is against The Undertaker.”

Rumors are running rampant that the WCW icon has been medically cleared to have another WWE match.

And it’s believed that match will be with The Undertaker.

If WWE can pull this WrestleMania match off it could be a big money marquee addition to the show. A lot of fans might tune in just to see that dream match.

We’ll have to see what’s in store. Sting did say that he would only return for a Mania match against the Undertaker.

Whether it is on or off, Sting seems determined to get his match and Undertaker would likely enjoy working with him too.

The Undertaker vs Goldberg wasn’t the dream a lot of people hoped for. There were also a lot of other factors in play like the travel to Saudi Arabia, the dry heat, and the fact that Goldberg got a concussion early on in the match.