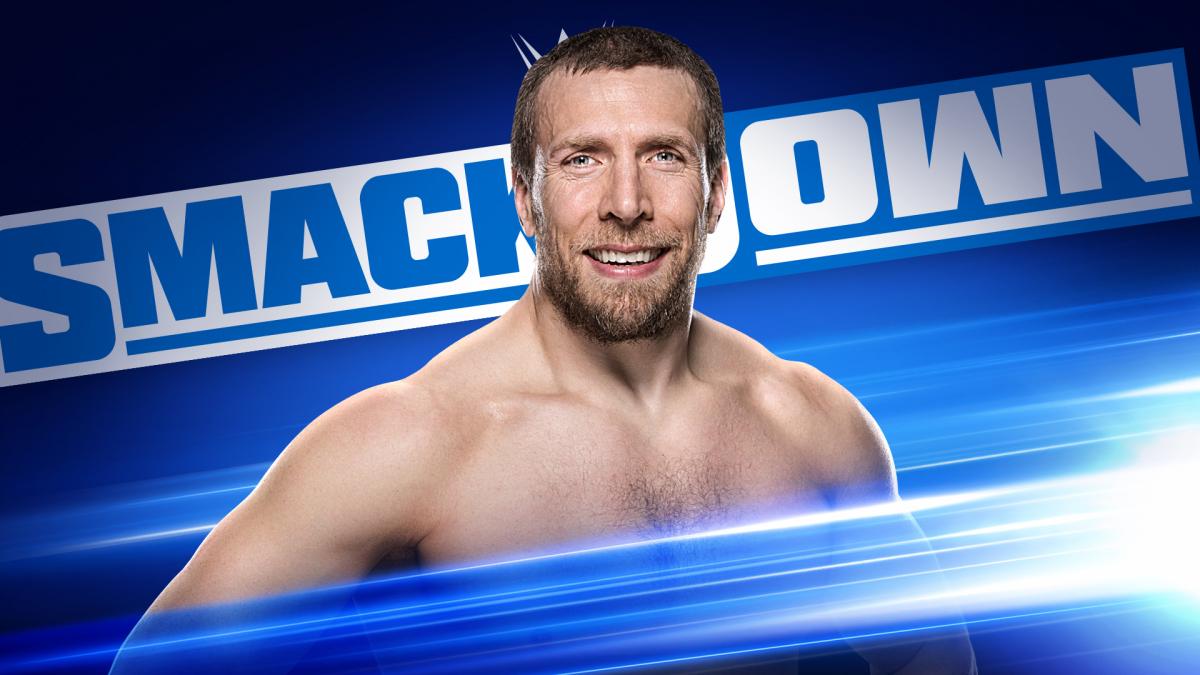 We’re set to find out a lot tonight on Friday Night SmackDown.

Goldberg will be in the building. He will make some kind of announcement about who’s next.

Bayley’s next challenger for the SmackDown Women’s Title will be determined as well. Carmella, Alexa Bliss, Naomi, and Dana Brooke will do battle in a fatal 4-way match to decide who faces Bayley next.

Daniel Bryan will address his next steps after losing to The Fiend at the Royal Rumble.

Also, a new Firefly Fun House has been promoted for this week’s show. It should be an eventful evening.

Opening Segment — The Dirt Sheet Is Back

The Miz cam strutting out quickly followed by John Morrison. The started the show by Morrison saying he has buttons on his shirts, but he doesn’t wear them. Miz called himself “a chick magnet” because he now has 3 girls at home.

Then they hyped “Once Upon A Time On The Dirt Sheet,” a video they had prepared. Mr. Miz was in the video. Lance Storm made a cameo too. This was a pretty amazing parody.

The video was all about the Tag Team Championship match at Super ShowDown. They said that they are “definitely” winning. Then Morrison took a shot at someone in the crowd and the crowd was dead.

Finally, Big E’s voice broke out and it woke the crowd up. The New Day came out and they had big buckets of popcorn.

They mocked the trailer that Miz and Morrison just showed. Big E continued to let fans eat hit popcorn while Kofi continued to talk about Mr. Miz liking him more than he likes The Miz.

They got in the ring and all mockingly laughed at each other. Miz hyped the match and said that they beat all the teams in SmackDown to get that match. Then The Usos came out.

The crowd really woke up then.

Uce was yelling “whoa!” over and over again. Then they said that Miz and Morrison never beat them. Then they welcomed them to the Friday Night lockdown. Suddenly, Dolph Ziggler’s music hit and Miz & Morrison jumped Big E & Kofi from behind.

The heels took advantage early on as Roode hammered down on Jimmy. Then Uce hit an uppercut and took control as he tagged in Jey who hit a top rope axhandle.

Ziggler distracted Uce and Roode floored him with a clothesline before tagging Ziggler back in to tear at Jey’s face. Dolph hit a dropkick for a two count.

Then Roode tagged in to wear Jey down with a headlock. The heels kept tagging in and out, but Jey wouldn’t let Ziggler pin him. Dolph knocked Jimmy off the apron and then he kicked out of a roll-up from Jey.

Roode tagged in and they hit a Zig Zag/ Spinebuster combo. Jimmy broke up the pin. Jey nailed a kick to the head and then he climbed up top. Ziggler distracted the ref and then Roode shoved Uce to the floor.

The heels continued to isolate Uce from his corner and they were taking their time knowing that they’re in control. Finally Jey dumped Roode out of the ring and he finally tagged Jimmy who hit a crossbody from the top on Roode.

Ziggler took a right hand and fell off the apron. Jimmy nailed Samoan Drops on both heels. Then he hit a hip attack in the corner on Ziggler, but Roode got up and hit a scoop powerslam for a two count.

Ziggler took the tag and hit a Zig Zag for a two count. Then Jimmy nailed Superkicks on the heels and tagged Jey. He pinned him, but Dolph rolled it into a pin for a two count. Roode took the tag and the heels tried to hit a double suplex but Uce caught his brother and then Jimmy took a tag and hit a double Superkick on Roode followed by a splash for the win.

Alexa Bliss was backstage with Nikki Cross. She’s feeling great about her match tonight. She’s beat Bayley before for a title in San Jose. Then Bliss said she has something “twisted” up her sleeve.

They showed King Corbin going into the production booth to slap people around for playing a clip of his dog food shower from last week. He dragged someone out of the truck and down the steps. Then people showed up to back Corbin off. Adam Pearce was of of the agents. Always great to see him.

The Drifter played a little ditty on his guitar. He got over with the crowd and hyped his fight with Cesaro. He wanted to know who’s got his back. He started to sing a song called “3rd Time’s A Charm.” Then he was interrupted as Elias started singing: “San Jose.”

Zayn cut a promo about interrupting Elias. He told fans to “shut your mouths.” Then he said that Elias interrupted him last week so this is only fair. Elias said “it’s a miracle if I don’t get interrupted,” in case Zayn hasn’t been paying attention for the past 2 1/2 years.

Sami Zayn said Shinsuke Nakamura was robbed of the IC Title and everyone laughed at Zayn as Elias made a fool of him. Now Elias is going to pay. Anything bad that happens he only has himself to blame Then they started the match.

Cesaro destroyed Elias all over the ring while Zayn yelled “you brought this on yourself.” Sami also took a cheap shot when referee Jessika Carr wasn’t looking.

Cesaro used a headlock as a rest hold and the crowd rallied for Elias. Then Elias kicked Cesaro before hitting a back suplex. Elias nailed a boot to the face and a running knee for a two count.

Elias climbed up top, but Cesaro hit the ropes and crotched him. Then Elias knocked Cesaro off, but Cesaro came back with an uppercut and a superplex for a two count.

Cesaro landed a sick European Uppercut where he tossed Elias in the air. That got a two count as well. Then Cesaro started laying in the forearm uppercuts like crazy.

Elias came back with a clothesline and suplex before nailing an elbow off the top for the win.