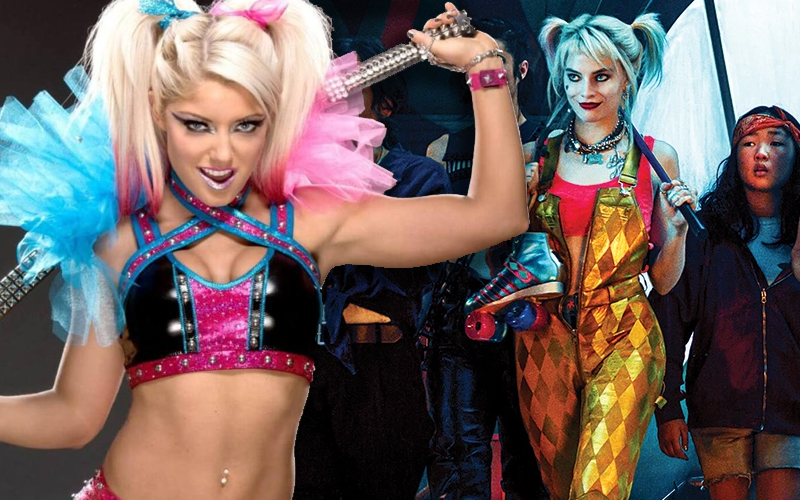 Alexa Bliss has many things that she loves. The character Harley Quinn is certainly up there as the Five Feet Of Fury has cosplayed as Quinn on occasion. This makes her the perfect person to interview the Birds Of Prey cast.

Bliss had a chance to sit down with Margot Robbie and the Birds Of Prey cast to talk about the new DC Cinematic Universe film. Obviously, they had a lot to talk about.

When asked why fans should check out Birds Of Prey, Robbie said: “There’s a lot of amazing stunts and fighting in it, cool costumes, I mean it’s practically the WWE.”

You can check out the video below of Bliss showing off her interview skills.