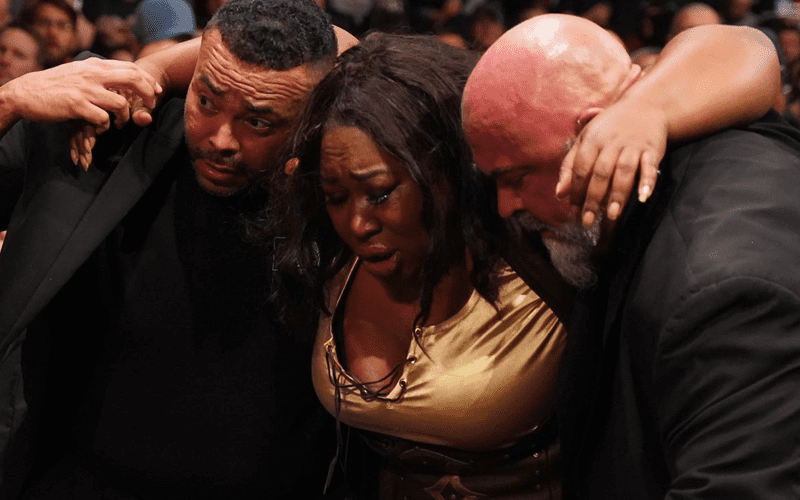 Awesome Kong suffered an injury on AEW Dark this week. Following the match’s debut the company revealed that they don’t know if or when she will return.

Kong is still a backstage coach for AEW. Even if she doesn’t wrestle again it’s likely that she’s not totally leaving. There might be something else on her plate that will take her away from AEW for a bit of time.

The fourth and final season of GLOW is filming next month. PW Insider reports that Kong is needed to reprise her role of Tamme Dawson aka The Welfare Queen.

We’ll have to see if Awesome Kong returns to the ring for AEW after she’s finished with GLOW.