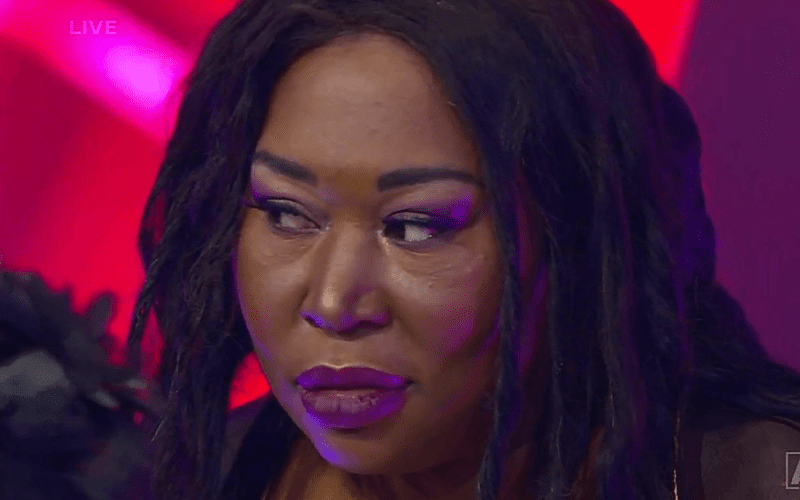 Awesome Kong works as in-ring talent and a backstage coach for AEW. A recent injury might take her out of action and the company doesn’t know if she will return.

During AEW Dark this week, Awesome Kong interfered in Mel and Hikaru Shida’s match. This interference saw the Nightmare Collective member lose. Mel and Luther had an argument with Kong following the match and they beat her down.

AEW then announced that Awesome Kong is injured. They’re not sure if/when she will return to action.

Awesome Kong Medical Update: on this week’s episode of #AEWDark Kong suffered serious injuries at the hands of Mel & Luther. We do not know when or if she will return to action.

Awesome Kong can still be a valuable member of the AEW crew even if she’s not competing in the ring. Hopefully, she’s able to recover and get back to action.