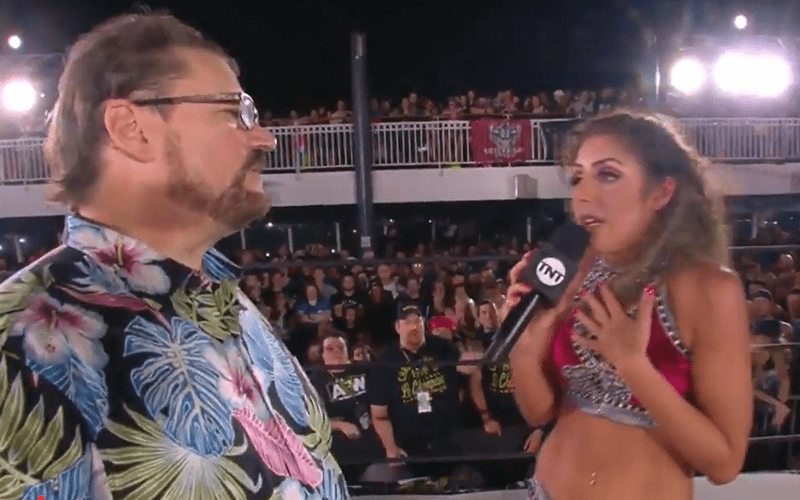 There is a lot going on in All Elite Wrestling right now. One story that has received some attention recently centers around Britt Baker’s heel turn.

Fightful Select reports that Britt Baker’s heel turn was something that Kenny Omega can be credited for. The lines about Tony Schiavone being a sh*tty Starbucks barista apparently came from Tony Khan.

Kenny Omega is credited with the idea of turning Britt Baker heel internally, and the promo lines about Tony Schiavone’s job were said to have come from Tony Khan.

Britt Baker is settling into her new role as a heel while getting boos for insulting legends. We will have complete coverage of AEW Dynamite right here at Ringside News just in case she adds to her list of targets this week.