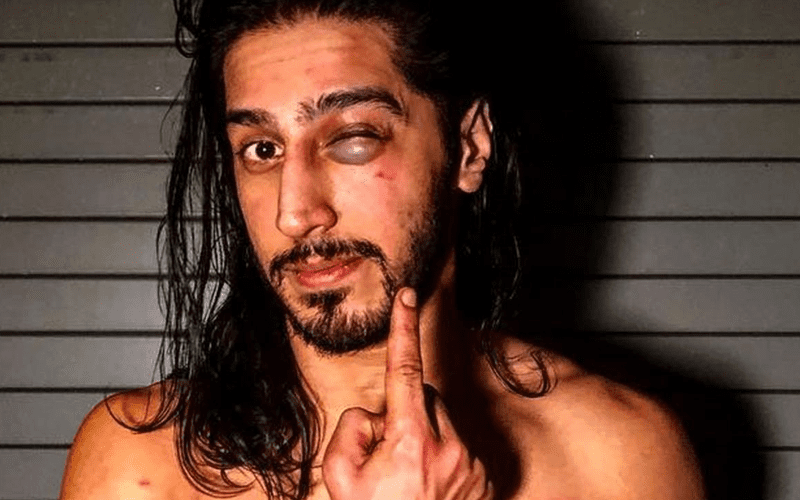 Mustafa Ali was set to compete in the 2019 Elimination Chamber match. Then an unfortunate injury halted his momentum. That was one year ago today.

Kofi Kingston was inserted into Ali’s spot in the gauntlet match and Elimination Chamber that followed. This led to KofiMania’s creation that would see Kingston become WWE Champion at WrestleMania 35. Mustafa Ali can’t help but wonder “what if.”

Mustafa Ali has spoken in the past about how 2019 did not turn out the way it was supposed to. Now he can look back at that fateful night when Randy Orton accidentally stomped his eye as he tweeted out:

The night the story took a turn.

Mustafa Ali has yet to really reach the same height that he had a year ago. That won’t stop him from striving to reach the top again. We’ll have to see what the road to WrestleMania 36 has in store for Ali, but last year didn’t turn out as expected.