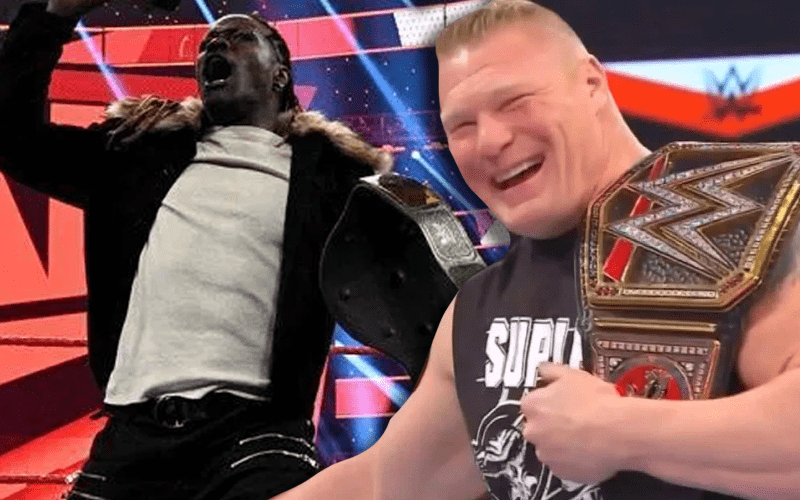 Brock Lesnar doesn’t smile very often, but he almost broke his Beast Incarnate deadpan look when R-Truth was with him in the ring before the Royal Rumble. Apparently, Brock wants more involvement with the 34-time WWE 24/7 Champion

With Spandex recently spoke with R-Truth where he revealed that he might have more dealings with Lesnar. Truth said that Brock Lesnar has been trying to come up with new ideas so they can work together.

Brock actually has been pitching ideas. He wants to work with me doing something because of that segment. He pitched a couple ideas. He and I talked afterwards. The sky’s the limit.

R-Truth does have a lot of fun in the ring. Carmella recently commented that she misses working with him and believes that they could have done a lot more together. Brock Lesnar obviously feels the same way about R-Truth and it will be interesting to see if WWE figures out another way for their paths to cross once again.