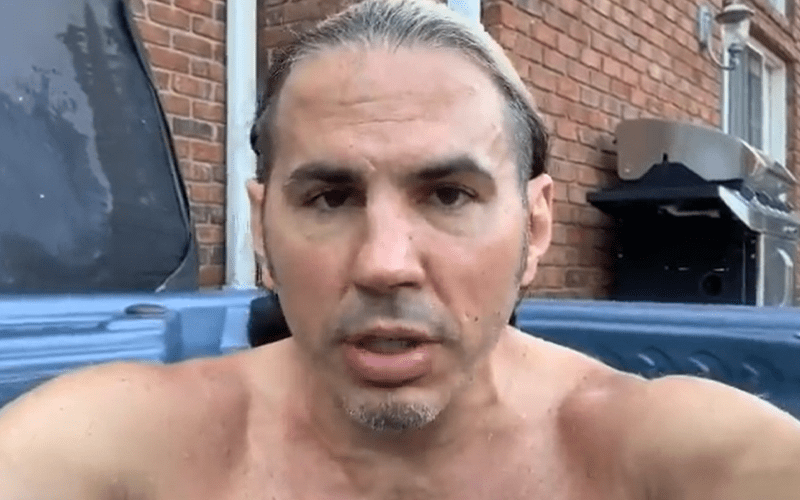 Matt Hardy could be on his way out of WWE. He hasn’t re-signed a contract with them that we have heard of. He is at least booked to wrestle two more times.

In a recent video update, Matt Hardy explained that he strained his back. Since he’s booked to wrestle for WWE at least twice in the next two weeks he must soak in his hot tub.

“I was forced to transport all of our heavy luggage as we made the trek from Orlando to North Carolina to the Hardy Compound today. Somewhere in that process I terribly strained my lower back. I am booked to wrestle at least twice in the next two weeks so now I am confined all evening to my hot tub.”

Hardy went on to explain that he cannot enjoy the luxuries that his mansion provides him. He must remain confined to his hot tub as he soaks his back. This was another one of his “you don’t understand how hard it is to be Matt Hardy” bits. The worst part is that he now has a farmer’s tan.