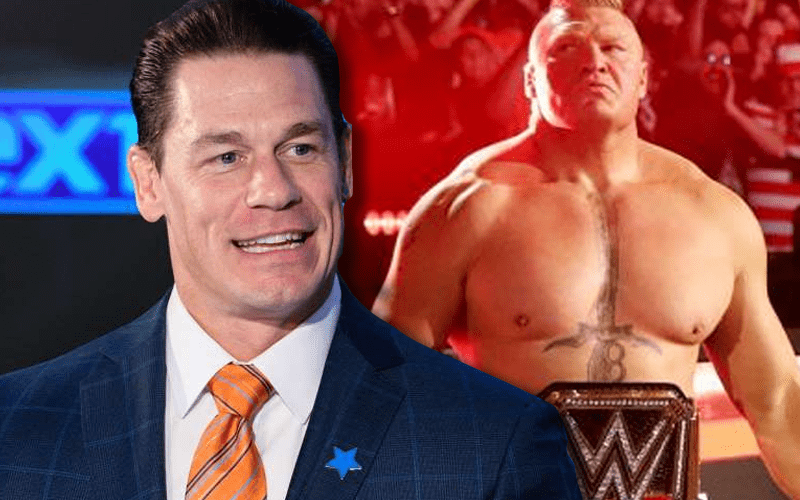 John Cena has a lot of respect for Brock Lesnar. He might even consider him the greatest sports entertainer of all time.

Cena recently praised Brock Lesnar in a big way during a Sports Illustrated interview. He said that Lesnar put on an absolute clinic at the Royal Rumble pay-per-view.

In yet another Instagram post without any caption, John Cena posted a picture of a guy sitting behind a table with a sign reading: “Brock Is The Greatest WWE Superstar Of All Time! Change My Mind!”

It looks like John Cena heard the reactions to his comments about Brock Lesnar. It also appears that he’s sticking by his words.