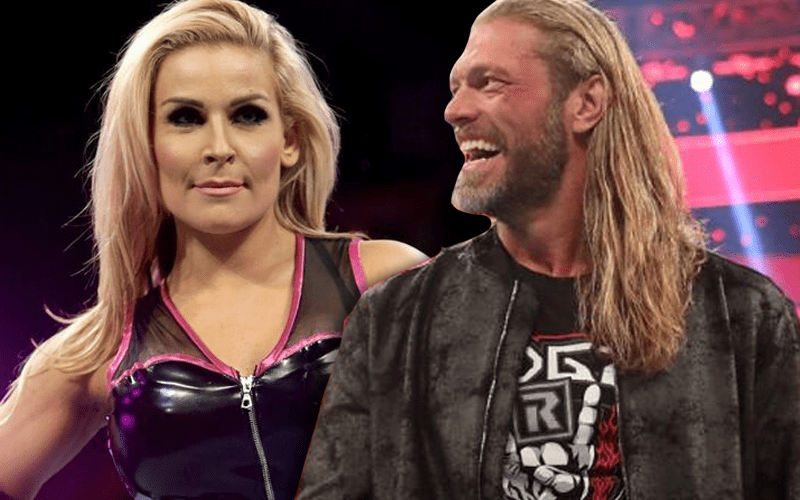 Natalya comes from the pro wrestling world and she has the business running through her veins. It still never hurts to have a bit of advice, especially from a WWE Hall Of Famer.

Nattie recently wrote in the CalgarySun about an experience she had with Edge. It was before a huge match as she was about to compete in the first women’s ladder match in WWE. Edge was around and more than willing to lend his ladder match expertise.

“Adam has always been someone I can turn to for advice or guidance whenever I need it. When I competed in the first women’s ladder match in WWE, it was Adam who I called to ask for help. I knew no one else had experience like Adam with that kind of a match, and he gave me so much advice.”

“Adam even drew pictures explaining how I could set the ladder up to win. Like a true friend, he wanted me to be my very best.”

“Last year, before I faced Becky Lynch for the Raw Women’s Championship at Summerslam in Toronto, I saw Adam about an hour before one of the biggest matches of my career.”

“I asked him for help. He stopped everything he was doing and found a corner of the arena to give me the very best advice he could give.”

“It made such a difference in my confidence and my performance that night to have his insight. I kept his words in my head throughout the entire match.”

If you’re going to ask anyone about a ladder match, Edge is the perfect person to give advice. Those words from Edge obviously meant a lot to Natalya. Now that he’s back in WWE more often he can hopefully inspire other Superstars who hadn’t received the opportunity to share a backstage area with him yet.