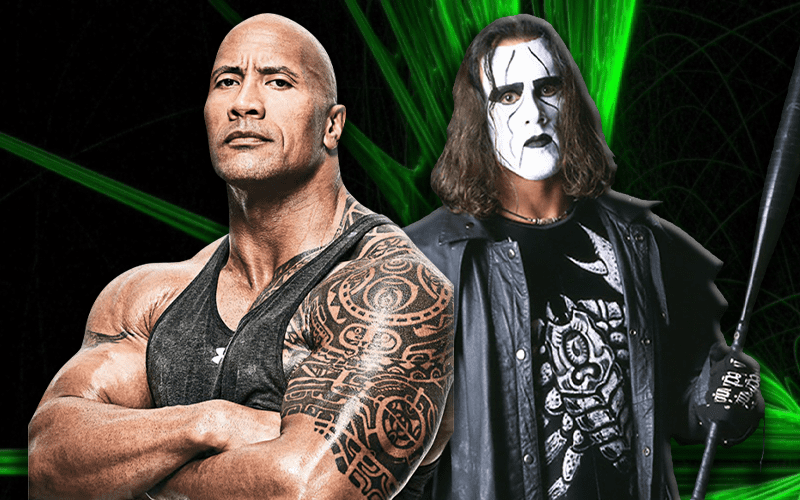 There are a lot of dream matches that never happened for one reason or another. Sting vs The Rock is a dream match that a lot of fans might not have considered, but WWE certainly tried to make it happen.

During Grillin JR, the WWE Hall Of Fame announcer revealed that WWE tried like crazy to recruit Sting when his Turner contract ran up. Jim Ross said that Sting was healthy and he should have been happy. They tried to get a match with The Rock and only wanted Sting part-time, but they just weren’t able to seal the deal.

“Look, we were trying to recruit Sting, Conrad, ever since WCW closed their doors. And then subsequently when he finally got all his money from Time-Warner that he was owed. We knew he’d be healthy, he’d be refreshed, and he’d have a full bank account. He should be a happy guy. And we only wanted him for a part-time role at best to maximize the investment, and to not overuse a asset that had more matches in him than he had left. So yeah, we were always talking about bringing him in. Why not? But Rock and Sting would have been cool as hell.”

“And Rock — look, the thing about this, and I may have mentioned this before. It’s worth reiterating as far as bookers are concerned. Bookers find out that the top talents who are gonna draw the money and put an ass every 18 inches know exactly who they can and cannot work well with. Meaning that a great attraction like The Rock fighting another great attraction like Sting at the biggest event of the year like WrestleMania for the first time ever is money. Here’s the key though. Rock knew in his heart that he could get a match out of Sting, who had been dormant for quite a while, without any problem. Full confidence. And I believe that too. So anyhow, yeah it was a topic we talked about.”

There were rumors that Sting has a new deal with WWE to take part in the next Saudi Arabian event on February 27th. He was supposed to show up at the Royal Rumble to kick something off, but that didn’t happen.