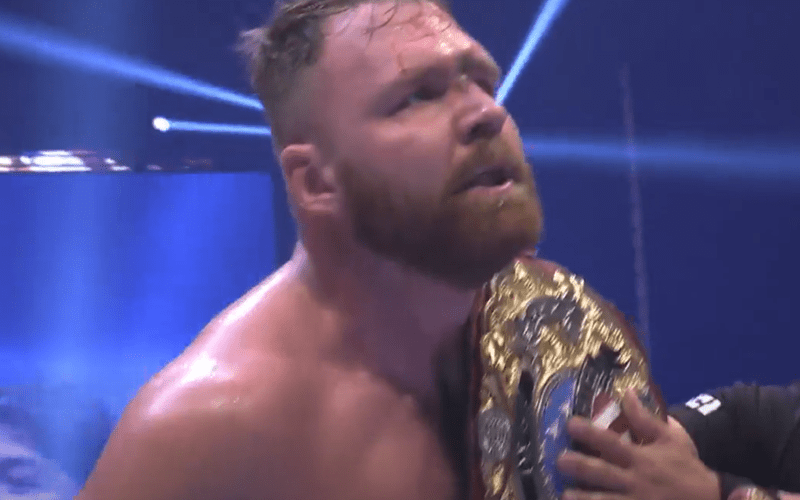 Jon Moxley is in line to face Chris Jericho at AEW Revolution on February 29th. He also has a big match against Minoru Suzuki at New Beginnings on February 9th with his IWGP United States Title on the line.

During Wrestling Observer Radio, Dave Meltzer discussed Jon Moxley’s upcoming schedule. He might need to miss an AEW Dynamite taping to make things a lot easier or him.

“I wonder if — so Moxley is here this weekend. I wonder if he’s gonna be at AEW on Wednesday or if they’ll give him the week off and let him stay in Japan for the week. That’s a tough travel if he’s gonna go to Huntsville and right back to Osaka. That’s tough, but that’s the job. When you sign with two companies the travel may be pretty difficult.”

We’ll have to see if Jon Moxley shows up on AEW Dynamite next week. He is the #1 contender for Le Champion’s AEW World Title. He is also needed in Japan and has already been forced to drop the IWGP United States Title in the past because he couldn’t make it to Japan due to travel issues.