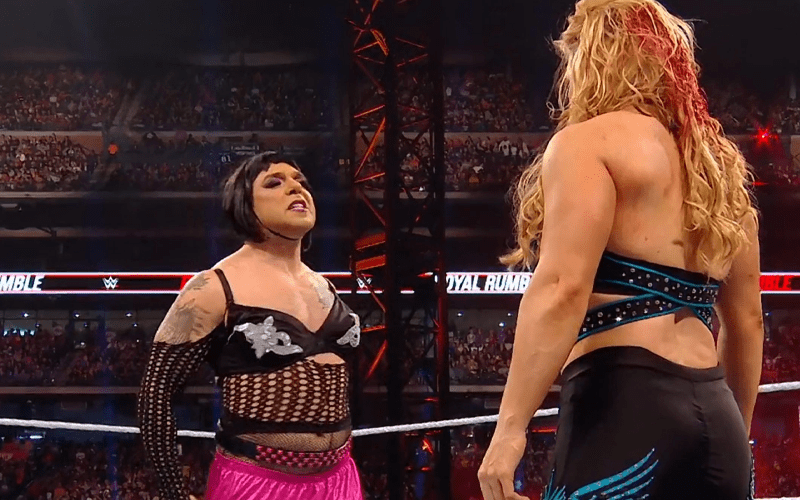 WWE welcomed a few Superstars back for the Royal Rumble. One pretty big surprise came in the form of Santino Marella entering the Women’s Royal Rumble.

While speaking to After The Bell, Santino revealed that hours before he surprised fans in Minute Maid Park as Santina he was very sick. He had to gut through it and forget about the illness for the fans.

“The thing is, I got sick. Like two days before [the Rumble] I started feeling it coming on. And the day before I had like a 15 hour day. I was coaching a judo tournament, and then we came back and we had one of our shows at BattleArts. It’s called the Battle Rumble, a tribute to the Royal Rumble. And went home, four hours sleep. So when I got up to come to Houston, because I flew in the Sunday, I was not feeling well at all. And I just had to gut it out. So seeing all your friends and everything definitely picks up your spirits. And it was just a — it was a rough day.”

“But when you go through that curtain, you are oblivious to anything that is wrong with you. That audience completely electrifies you and saturates you with all this energy that’s incredible. But yeah, it was a tough day.”

Santino Marella didn’t appear on RAW the next night. He went back home where he has plenty of commitments. Hopefully, he was able to get to feeling better soon enough. The shot of adrenaline provided by the WWE Universe certainly helped him get through the Royal Rumble match.