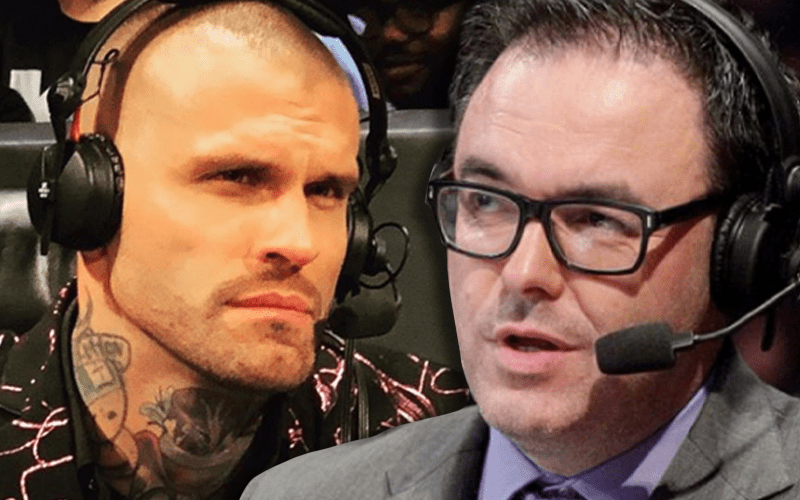 Mauro Ranallo left Twitter following a comment from Corey Graves that he took the wrong way. Regardless of Graves intentions, the damage was done. Now the Bi-Polar Rock n Roller considers that situation a “blessing in disguise.”

While speaking to TSN 1040 in Vancouver, Mauro Ranallo discussed Corey Graves’ tweet at him in November and his decision to leave social media. He has no plans on ever coming back to social media no matter how important some people might perceive it to be.

“It was a blessing in disguise. I have nothing really to say about Corey Graves or anyone else in my professional existence in the sense that everyone is entitled to their own opinion, everyone is able to critique everyone the way they would. I would never do something like that to a co-worker but that has been addressed and if anything, I publicly thank Corey Graves because he was the straw that broke the proverbial back in terms of my social media activity and I will say here and now, I have deactivated all of my social media since November and I would implore everyone (laughs) especially those with mental health issues.”

“Social media is so dangerous to those of us with mental health conditions and I know in the media and our everyday lives now people are being hired and fired by their social media followings or the amount of information they post or how popular they are. I think it’s a disease, so out of that situation with my colleague I am no longer on social media, I will never get back on social media”.

Mauro Ranallo took a week off of NXT following Survivor Series. He eventually came back and he hasn’t left his seat yet. We’ll have to see if he ever returns to social media, but at this point it doesn’t seem like he’s interested in taking that risk anymore.