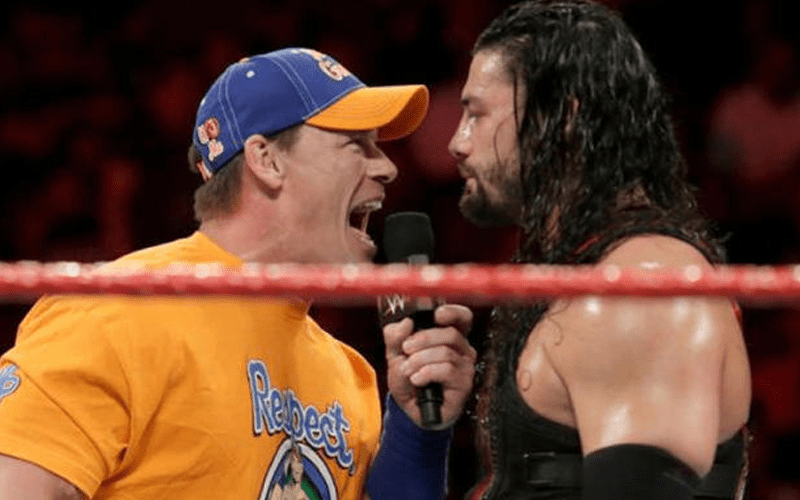 John Cena doesn’t wrestle very often anymore. WrestleMania 36 will be in Tampa which could provide a big hometown pop for Cena, but they haven’t brought him back yet.

The fact is that Cena is very busy. If he’s got a movie in production then insurance issues prevent him from risking his health in the ring. A lot of people depend on John Cena to be ready for filming when the time comes.

While he spoke to WWE Now India, Roman Reigns discussed his program with John Cena. He was able to learn a lot by working with Cena and The Big Dog would welcome the chance for another match.

“You know, I really enjoyed the time that I spent in the ring with him. And if you can’t learn from someone like John, ten shame on you. So, yeah, I think any time that we can have all the biggest Superstars to represent WWE, it’s a good thing. I know he’s busy and he’s killing it right now in Hollywood, but yeah. If you ever want some again John Boy, here we go.”

John Cena reportedly wants a substantial role at WrestleMania this year. Let’s see if WWE can work something out. He has a lot of projects in the pipeline so a return to the squared circle might take more time than he has to give at this stage in his career.