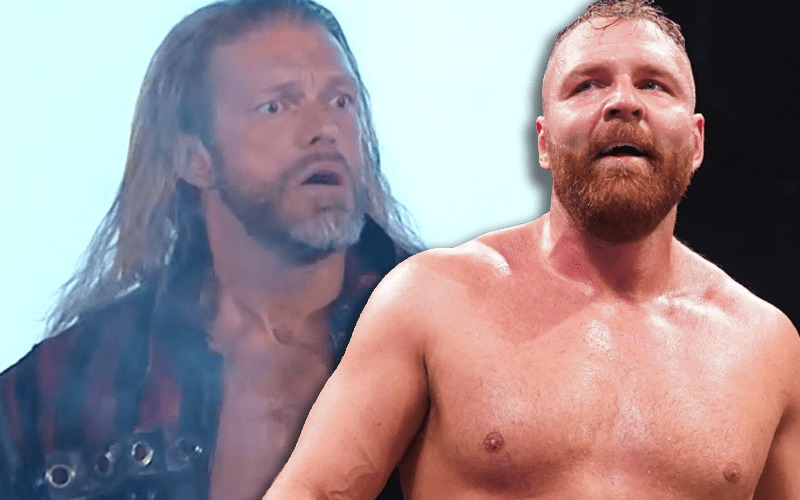 Edge returned to WWE after nine years of retirement. He was nervous before that big day came, but the fans didn’t forget about him at all. Jon Moxley was a bit nervous before debuting for AEW, but he soon realized that pro wrestling fans are happy to remember their favorites.

Jon Moxley recently spoke to Fightful where he brought up how great pro wrestling fans are. They remember people and can re-establish a bond with a performer even if they haven’t seen them in years. The same was true for Edge as Mox watched that go down.

“Wrestling fans are the greatest fans in the world. You just saw this last weekend Edge, who hasn’t wrestled in nine years, come back to like he never left, to a hero’s welcome. I think that’s how wrestling fans are a special kind of fans. They can push you along to where you need to go. I can’t be more grateful to everybody who has pushed me along on this ride so far. We’re only a matter of months into it and we got years and years to go, hopefully, many, many years.”

“I just can’t wait to see what’s on the horizon, ‘cause there could be anything. I got a lot of big fish to fry right now. I got Chris Jericho in my one eyed line of vision, I got Minoru Suzuki in my sights, I got Josh Barnett in my sights. I got stuff in the back of my mind that people don’t even know yet. It’s an exciting time. I’m trying to be grateful and living in the moment. Just being in the ring, just being the process of ‘Oh, I get to wrestle today.'”​​​

Moxley has a slew of opponents in his sights and even more plans are in the back of his head. We’ll have to see what the next steps are for Jon Moxley. His AEW World Title match against Chris Jericho at AEW Revolution on January 29th could go to determine a lot as well.