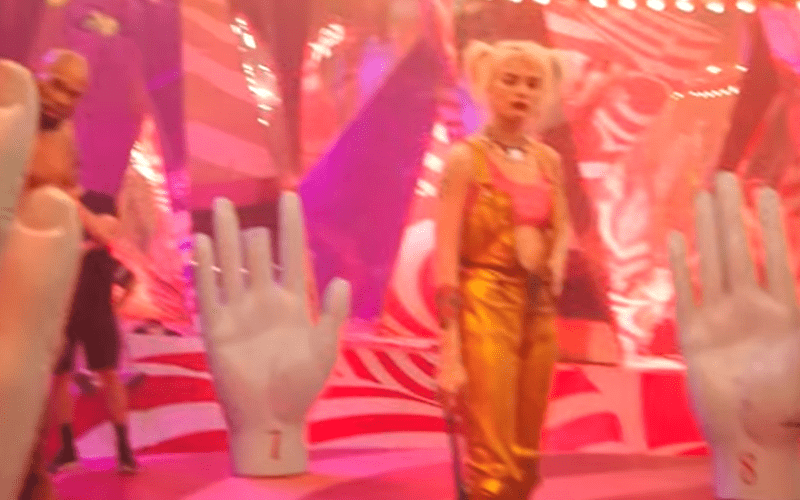 The Suicide Squad story will continue as Harley Quinn stars in Birds Of Prey. There is also some WWE representation in the film.

Newly revealed footage from outtakes during filming shows Shad Gaspard in a scene with Margot Robbie. It appears that he is playing a shirtless goon of some sort.

We’ll have to see how big of a part the former Cryme Tyme member was able to snag in this DC Cinematic Universe film. It’s still a pretty cool addition to his resume.

You can check out a clip showing Gaspard on set. It should be cued up, but he can be seen at the 2:55 mark in the video.