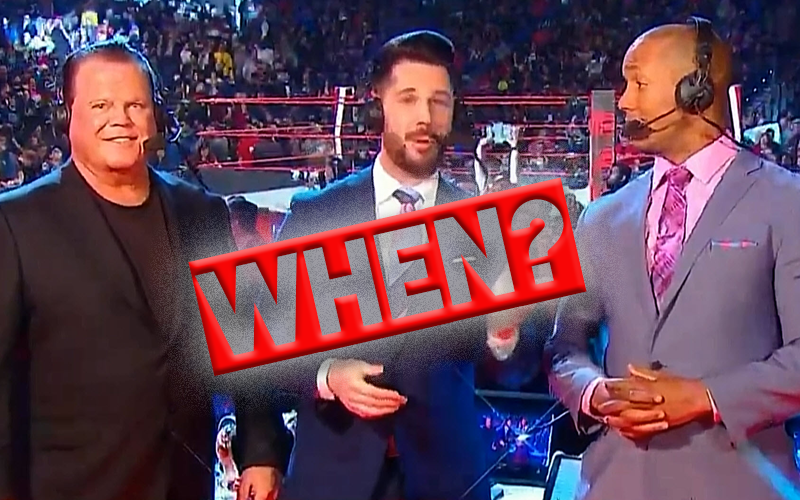 WWE decided to go a different direction with their RAW announce team at the Royal Rumble. Vic Joseph was moved off the desk and replaced by Tom Phillips. Byron Saxton was also added to the mix.

It is WWE’s plan to stick with this team for the long-term. Jerry “The King” Lawler also isn’t going away as first planned. During Wrestling Observer Radio, Dave Meltzer explained when WWE made this decision right before Royal Rumble weekend started.

“The decision was made in the last week. From what I gather, since we heard the name a couple of days ago, Byron was always going to be [the third guy]. The decision had been made for Byron to be the third guy.”

“Lawler, who was only supposed to be short term, looks like he’s there for a longer term.”

Vince McMahon likes his announce team to sound a certain way. Apparently, Vic Joseph wasn’t working out, but he’s still with the company. We’ll have to see how WWE uses Joseph right now. You can never count out the chance that McMahon will want to change things again in a couple of months.