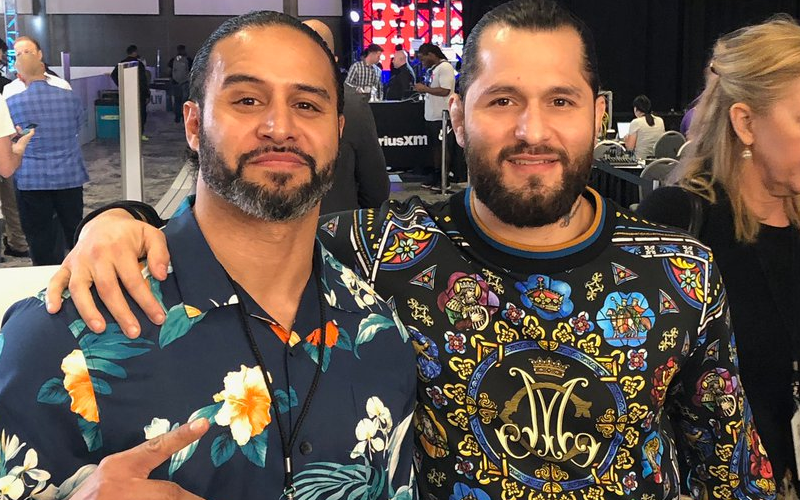 UFC welterweight Jorge Masvidal has been able to set the pro wrestling, MMA and pro football world on fire in the space of just one day – which says something about his star power.

The two wound up engaging in a series of back and forth insults that had everyone talking, as speculation continues to grow over a future title bout between both men.

Alas, on social media, Masvidal wasn’t quite done as he also opened himself up to the pro wrestling business, too. He posed for a picture with Bullet Club star Tama Tonga at radio row, before somewhat jokingly implying that he could show up in New Japan one day.

On the flip side of that, he also managed to connect with Booker T by indicating that he might be present for Booker’s upcoming bout for Reality of Wrestling.

The idea that we could see Masvidal inside the squared circle, or even at an event, is incredibly exciting. He’s already got ties to The Rock following his big win at UFC 244 over Nate Diaz, and now, he’s testing the waters elsewhere.

He could make some real noise with an appearance or two inside of a WWE ring, and they may as well try to strike while the iron is hot – because there’s a chance his star power will never be at this point again.