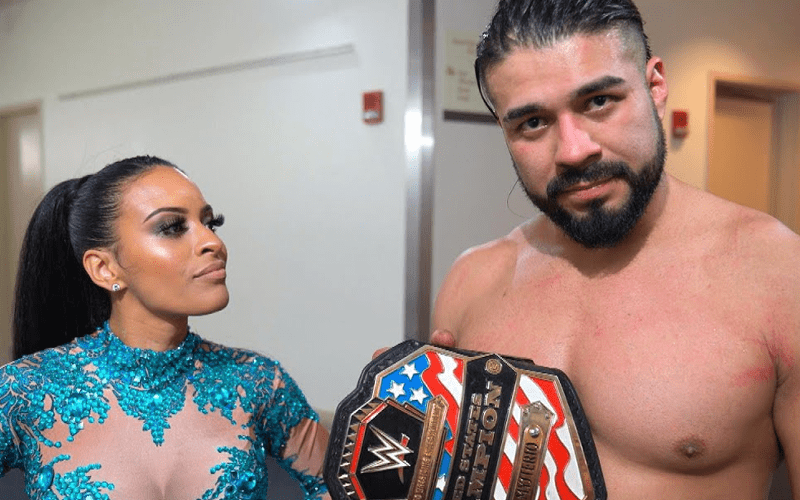 Andrade failed a WWE Wellness Policy test which means he’s out for 30 days. WWE wrote him off of television, but he’s still the United States Champion.

Dave Meltzer explained this situation during Wrestling Observer Radio where he revealed Paul Heyman’s interesting reasoning for deciding to keep the US Title on El Idolo.

“Andrade is suspended that’s why they did the angle tonight where Humberto Carrillo DDT’ed him on the concrete to explain him being out for the 30 days and the decision was made — it was a Paul Heyman decision — to keep the title on Andrade. The usual protocol would be for him to lose the title as well, but Heyman is very high on Andrade and felt it was too early to put the title on Carrillo.”

He said the thinking was it is too early in the feud to switch the US Title between Andrade and Humberto Carrillo. Therefore, WWE will just keep the title on Andrade while he’s out for 30 days for failing a drug test.