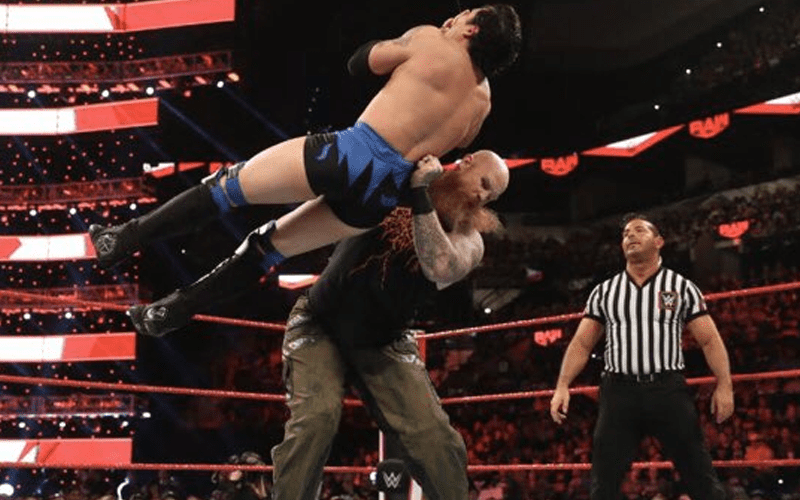 Erick Rowan was fed an enhancement talent last night. He needed a solid win after Brock Lesnar treated him like he didn’t matter during the Royal Rumble match. Now we know who Big Red squashed.

Erick Rowan is still lugging that weird cage around. He didn’t do much with it this week, but he didn’t have a chance. His match against Branden Vice was very quick this week. Local Competitor reported that Vice had quite a history including Military service as a U.S Marine.

Rowan has been pushed since moving over to Raw, but they haven’t given him much of a challenge yet. Let’s see if things change in the weeks to come.