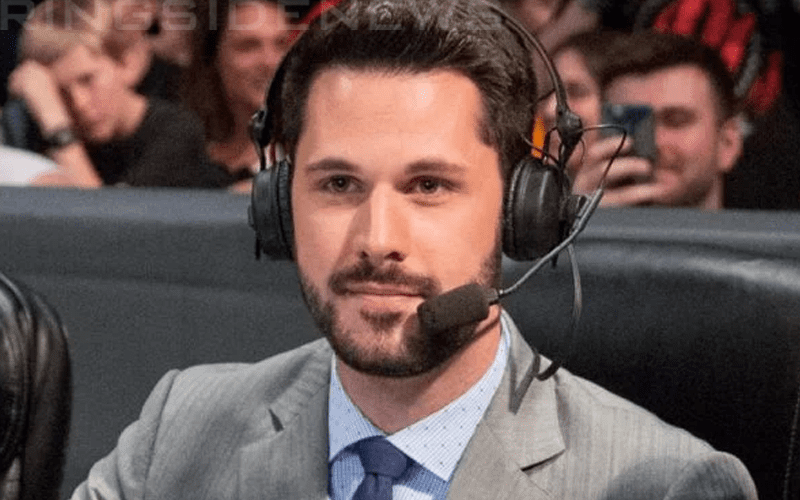 Tom Phillips is on Raw now at the announce desk and he worked the Royal Rumble as well. He was also dealing with a terrible sickness the entire time.

Phillips tweeted out thanking fans and everyone who helped make the weekend a success. He also revealed that he had to nurse a terrible sickness the entire time to make it through.

This weekend brought to you by Lemsip, Halls, Ricola, and the Starbuck’s Medicine Ball (just found out what that is). I sound like Jason Beghe now.

In all seriousness, I’m sincerely grateful to everybody inside and outside of WWE that have supported me. Thank you!

Tom Phillips, Byron Saxton, and Jerry “The King” Lawler are the new three-man announce team on WWE Raw. Hopefully Phillips is feeling much better by next week.