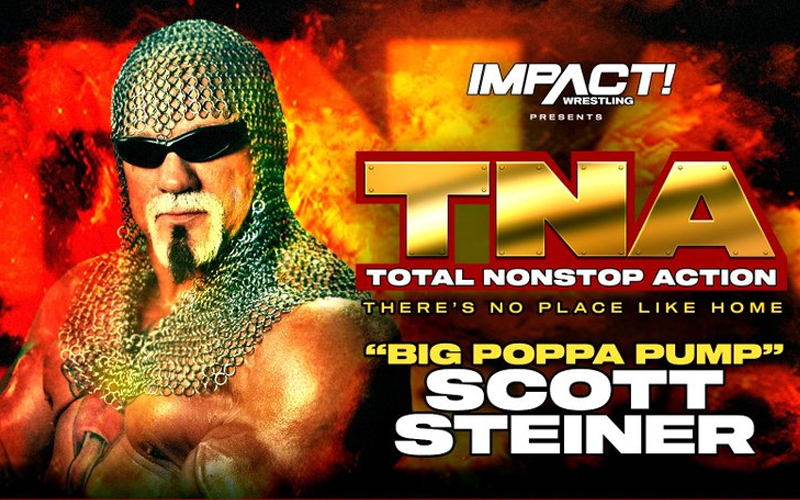 Impact Wrestling is bringing TNA back for one night only. They are welcoming back some former stars including Big Papa Pump.

Scott Steiner was announced for the “TNA: There’s No Place Like Home” event on April 3rd. This show will take place during WrestleCon.

BREAKING: There’s a 141 2⁄3% that @ScottSteiner will be returning for TNA: There’s No Place Like Home on April 3rd as part of @wrestlecon because he’s a genetic freak and he’s not normal.

Impact Wrestling might discover that that they have a lot of demand with the TNA name very soon. Fans have been asking for this event. Now it’s happening and it appears that Impact Wrestling is trying to bring back as many former stars that they can.