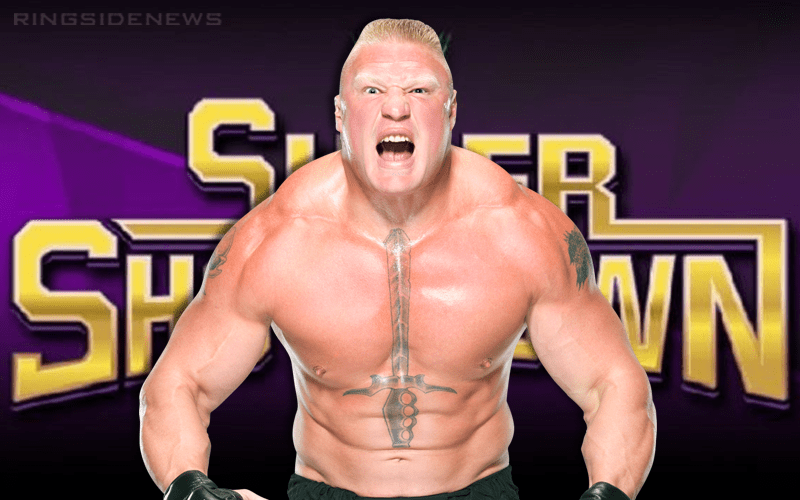 WWE Super ShowDown will be the company’s first Saudi Arabian event in 2020. It appears the Beast Incarnate will be there.

Bodyslam.net reports that we won’t have to wait long to see Brock Lesnar wrestle again. It is reported that Lesnar will be wrestling at the Saudi Arabian event on February 27th. His opponent was not noted.

A source close to the situation has informed me that the WWE Champion will compete in a match at Super ShowDown in Saudi Arabia.

At this point, Brock Lesnar is slated to defend the WWE Championship at WrestleMania 36 against Drew McIntyre. It looks like he’ll be wrestling in Saudi Arabia before the show of shows on April 5th.