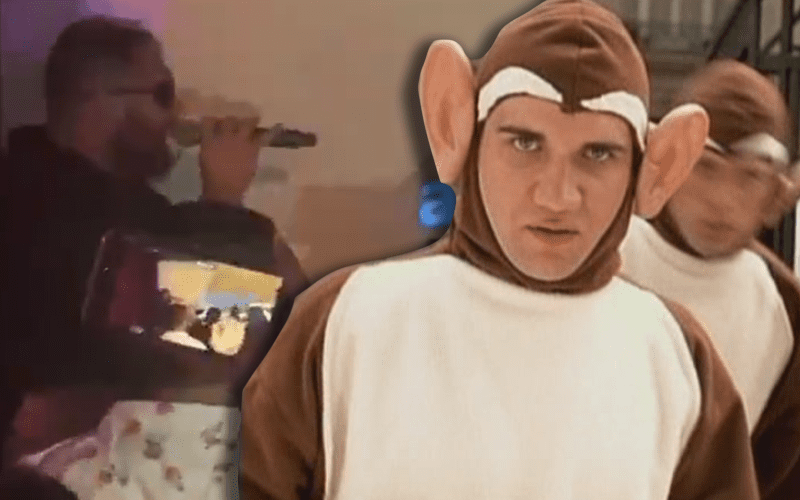 Jon Moxley loves karaoke and the Chris Jericho Cruise provided ample opportunities for the Paradigm Shift to grab a microphone.

We previously reported on Moxley’s rocking cover of Sweet Caroline. This new video is something very special indeed.

Moxley covered Bloodhound Gang’s 1999 classic “Bad Touch.” You can watch as Mox and fans sang along just like they do it on the Discovery Channel.

It was said that Mox appeared to be “having the time of his life” the whole cruise. Who can blame him?

This is the kind of video that we needed to come out of the Chris Jericho Cruise. Thanks to Jason Solomon for making this available for all to enjoy.